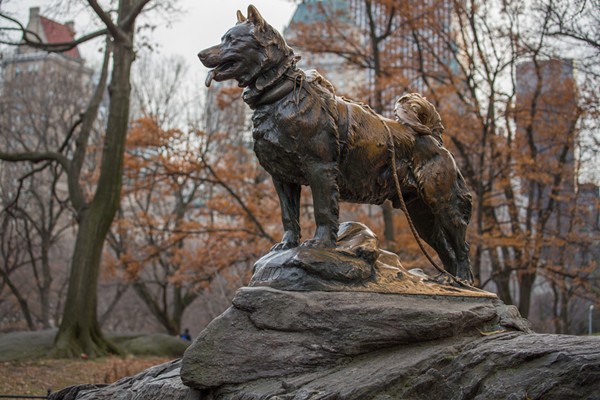 The Cleveland Museum of Natural History is putting on a party this weekend to celebrate the 100th birthday of the city's most beloved four-legged hero, Balto.

Attendees can learn the rich history of the famous Siberian husky's life, including his 1925 serum run to Nome, Alaska, and how he ended up living out the rest of his days at the Cleveland Brookside Zoo, (now the Cleveland Metroparks Zoo).

After his death in 1933, Balto's body was sold to a taxidermist, and since then the stuffed Balto has resided at the Cleveland Museum of Natural History, where visitors can currently see him on display.

The activities begin at 10 a.m. tomorrow and consist of a "junior Iditarod" and an exclusive "Hero Dog" presentation. The Cleveland APL is also included in the celebration, bringing adorable adoptable dogs to the event.

Balto's party is included with the purchase of general admission tickets to the museum, which is $17 for adults and $14 for kids ages 3-18. Museum members get in free. Purchase museum tickets here.