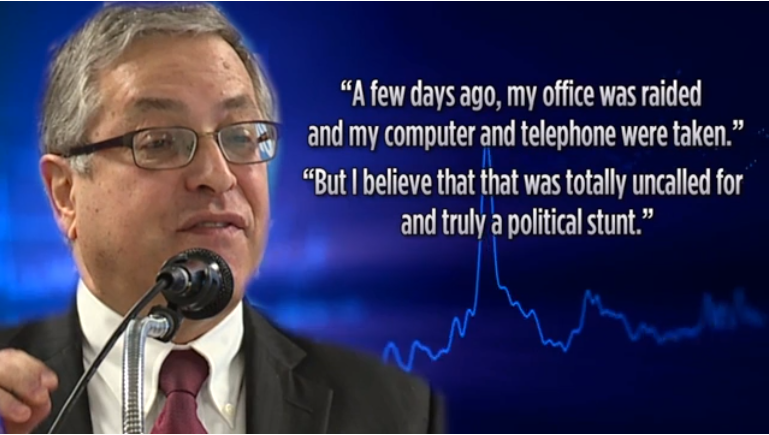 The Fox 8 I-team has obtained a secret recording that features County Executive Armond Budish talking to county employees in the wake of last month's raid on his office. Fox 8 reported that Budish has been meeting with groups of county employees and that "a witness" recorded one of them.

On this recording, Budish says more or less what he said to the Cleveland.com editorial board in the raid's immediate aftermath, an echo of the video he recorded and disseminated internally: He maintained that he had done nothing wrong, that he didn't know what investigators were after, and that the raid itself was a politically motivated publicity stunt.

Budish is asked in the recording why he feels the need to speak to employees about the situation. He says that employees are likely to be questioned about "what's going on," and that people only get one side of the story in the newspaper. This is an irony indeed, given that "the newspaper" (i.e., Cleveland.com) has been the most vocal promoter and defender of Budish's point of view.

Budish expressed anger at the media for even covering the raid, seeming to suggest that they have sensationalized the investigation and validated what he views as a purely political operation.