No, We Cannot Restructure Our Way Out of a Social Problem 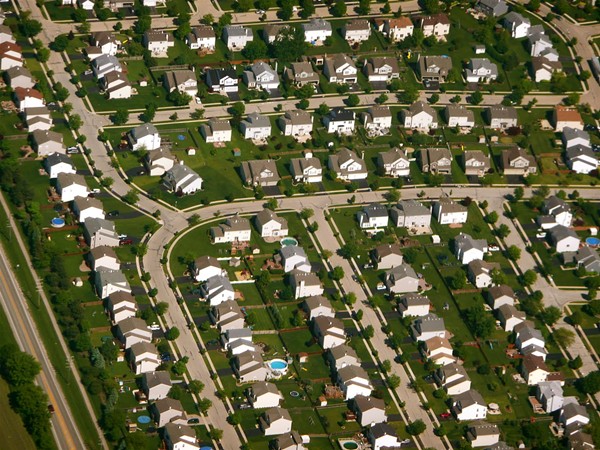 Larkin correctly identifies a core issue facing our region: the outer suburban areas, as a collective group, are doing better than the urban core. And, Cleveland and its inner-ring suburbs don’t see much benefit to the success of the ex-urban areas.

This issue isn’t new to the region. Nor is it unprecedented in the nation. Many regions in the Northeast and Midwest are suffering from a similar fate. For decades, previously rural areas at the edge of the city limits have been developed for the sole purpose of dividing the region into winners and losers. Larger homes, better school districts, new downtown structures, massive commercial and industrial complexes have all sprouted up on previously undeveloped land. And since Ohio did nothing to prevent the growth of these areas, the obvious outcome is the current uneven state of the metro.

Larkin suggests two responses to this current state: restructure as a city-county unit or use tax sharing mechanisms to even out the disequilibrium.

To defend his first idea, he mentions that other cities have done these mergers and appear to be more successful than Cleveland. Here’s the thing about this conclusion: it confuses correlation with causality. These places — Indianapolis, Nashville, Louisville, among others — might have centralized governments and they might appear to be more successful. But it’s unclear if that success is because of the governmental structure. We also don't know whether inequality persists but is simply hidden behind or within the new, centralized governmental structure.

For example, Larkin mentions that we could consider a large consolidation that gets rid of city jurisdictions but keeps the existing school districts. Setting aside the fact that this suggestion doesn’t resolve inequity in one of the most inequitable systems in the county, (our school systems), this proposed structure has been tried elsewhere. It's very similar to the municipal structure of Omaha. And guess what? There is still inequality in Omaha. And the school districts are still incredibly racially and economically segregated with disparate outcomes in different areas of the city.

Larkin’s second suggestion is a tax-sharing system. It is incredibly hard to determine how this would work and whether an initiative would even pass at the polls. But for argument's sake, let's say that it does. Who gets the benefits and how? How will they continue to be assessed? How are we going to balance out the unevenness of housing, commercial locations and public transit? There are FAR too many pieces to this that are unclear and underdeveloped, not to mention the fact that county governments have fairly limited authority in such a strong home-rule state.

So far, I’ve been a typical Cleveland naysayer, so here’s an answer for all of you readers undoubtedly wondering: “Well then, what should we do?”

The exurban areas are “winning” because they have been designed, through social and systemic practices, to be full of highly compensated, mostly White residents. Rather than attempting to even out the metro through a structural change, we need to increase accessibility to every area of the metro for all persons. We need more transit accessibility, not just from RTA but through local governmental shuttle lines such as the one in Bedford Heights. We need more affordable housing in areas that have existing amenities. And we need more social services outside of the city for those struggling in the inner-ring suburbs.

There are also grassroots and hyper-local organizations and initiatives in this region that go completely ignored because they are focused on neighborhoods that have experienced disinvestment and within communities that have received little attention and support. We need to identify and support these endeavors from Glenville to Maple Heights.

I agree with Larkin’s call for leaders to step up. But this inherently social issue requires a social response.