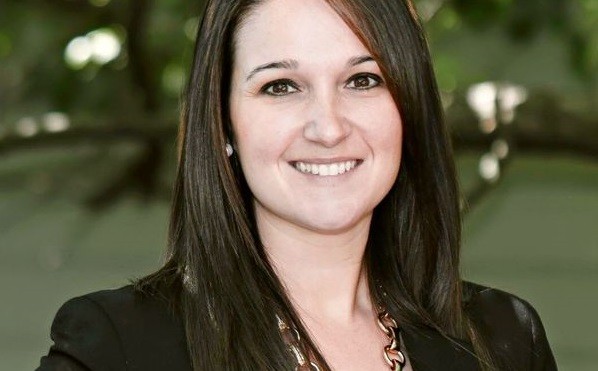 Lakewood Councilperson Meghan F. George has announced that she is running for mayor. Elected to Lakewood city council in 2017, George recently passed legislation requiring food truck operators to receive a permit to operate in the city and has been working on legislation requiring paid parental leave for city employees. George, a third-generation Lakewood resident, will challenge Councilperson Sam O’Leary in the first open Mayoral race in more than a decade.

In her day job — Lakewood’s council positions are part-time — George is a senior account manager at Gallagher, a Cleveland-based insurance company, where she often consults with area companies regarding employee benefits and personnel policies. In a conversation with Scene, George noted that she will bring an HR and people-centric focus to the role of the chief executive.

“First step for day one,” George said, “is to sit down with the department leaders and to get a firm grasp on what’s working for them and what’s not.”

George’s platform includes a “Safety First” priority focused on ensuring that local police are well-trained to respond at a moment’s notice. She mentioned that, traditionally, the local police had a shooting range in the area available for training but that officers are currently driving out to Bay Village for shooting practice due to the conditions of the local range. George said that she would like to see officers training in the city and that as chief executive she “would not have let the range go unused and neglected.”

Other agenda items include regular engagement with the city’s business leaders, sustaining the high level of quality in current city services, investing in local housing stock and ensuring thoughtful development of the city’s corridors.

George also told Scene that she is passionate about bringing more female voices to the table. According to the Cuyahoga County Mayors and Managers Association, there are currently fourteen women serving in chief executive roles in cities across the county.

Does a mayor’s gender have any connection to local policy efforts?

Dr. Mirya Holman, an associate professor at Tulane University who studies gender and sub-national politics, told Scene that the research would suggest that, “generally, cities with women mayors have more inclusive governing processes (i.e., more people participate in city council meetings and have their voices heard about important issues).”

Women mayors also generally “spend more money on programs like social services, affordable housing, and services for victims of domestic violence and sexual assault,” according to Holman. If elected, George would be the second female mayor in the city’s history.