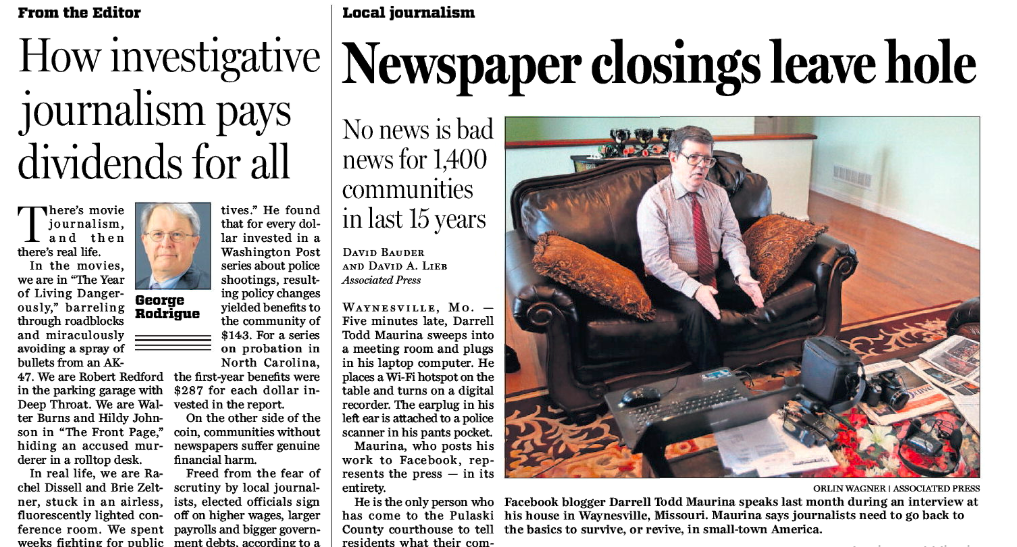 In another attempt to retain local union jobs in the face of expected layoffs, members of the PD News Guild have asked the Plain Dealer Publishing Company to collaborate with them on a subscription drive.

In a letter sent Tuesday, to which the company has not yet officially responded, the Guild asked that for every 500 new subscriptions purchased, one local journalist's job be preserved for an additional year.

With expected support from local unions, including the member unions that comprise the North Shore Federation of Labor, the News Guild asked that a discounted rate be offered to "unions, retirees and supporters."

This tactic is an about-face from last month, when local unions joined with the News Guild in a pledge to cancel subscriptions and boycott cleveland.com stories, if necessary, to support their union brothers and sisters.

The subscription drive plan, however, allows the company and the union to "unite as partners — rather than as adversaries — to keep more watchdogs and storytellers employed."

Given how the company has responded to Guild bargaining requests in recent weeks, it's unlikely that the letter will be met with support or good faith. (The company's goal is to employ less of them, ultimately.)

Sunday, editor George Rodrigue took to the PD to celebrate the power of local investigative reporting — in a column, incidentally, that has not yet appeared on cleveland.com. He repeated an argument that he has made at community meetings: that investments in watchdog journalism yield enormous financial benefits for communities because of prudent changes in policy that the reporting effects.

The letter was a companion piece to a national report from the Associated Press (see image above) about the death and strangulation of small newspapers across the country.

"Blame revenue siphoned by online competition, cost-cutting ownership, a death spiral in quality, sheer disinterest among readers or reasons peculiar to given locales for that development," the AP reported. "While national outlets worry about a president who calls the press an enemy of the people, many Americans no longer have someone watching the city council for them, chronicling the soccer exploits of their children or reporting on the kindly neighbor who died of cancer."

Rodrigue has maintained throughout the union bargaining period that he shares the News Guild's goal of "preserving high-quality journalism" and has told Scene in the past that there will always be a home for reporters doing important local journalism that readers can't get anywhere else. It's reasonable to assume that the employees he mentions by name in his Sunday column (Rachel Dissell, Brie Zeltner, John Caniglia, Jo Ellen Corrigan, Andrea Simakis and computer assisted reporting editor Cid Standifer) are safe from layoffs for now.

Others are waiting anxiously, and with dwindling hope, for news.

"I have no reason to believe that more cuts will not be forthcoming, and indeed, all the reason in the world to believe that they WILL be forthcoming," wrote pop music critic Chuck Yarborough on Facebook last month. "Service, loyalty, history won’t mean anything to a company that quite frankly has been in full union-busting mode for more than a decade.

"What frightens me – honestly, not as much as not being able to put food on my table, a roof over my head or go do the doctor when I’m ill – is what will happen to the people we serve when there is no more Plain Dealer."

Here's the full statement from the PD News Guild: