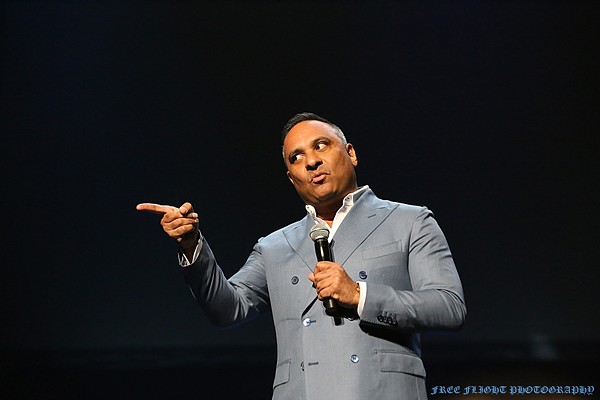 After taking time off to film his hit CTV/Netflix series The Indian Detective, comedian Russell Peters has announced more dates for the Deported World Tour that kicked off in Australia and New Zealand last year and has already travelled to over 29 cities in 20 countries. The tour comes to MGM Northfield Park on Friday, July 5. Tickets go on sale at 10 a.m. on Friday.

During the course of his career, Peters has played to sold-out crowds at Madison Square Garden and the Sydney Opera House. He’s also performed for the troops in Afghanistan, Iraq and on the USS Eisenhower and the HMCS Winnipeg. His 2010 memoir, Call Me Russell, was a bestseller in Canada.

A philanthropist, Peters has donated more than a million dollars to charities such as Brampton Civic Hospital, Gilda’s Club and the MS Society of Canada. Each year, the Russell Peters North Peel Scholarship sends a deserving student to college.