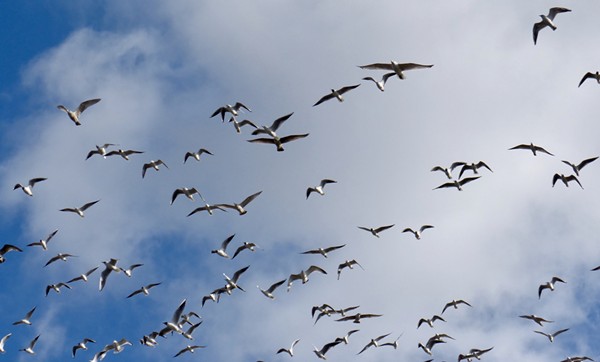 Ohio Lights Out is aiming to persuade big building owners throughout the state to turn off unnecessary lights at night. Not just to save energy (although that's a positive side effect), but to help reduce the amount of migrating birds colliding with buildings, which often leads to fatalities.

The majority of birds migrate at night to avoid predators and fly when the winds are usually less heavy. But especially when it's hazy, birds following city lights can get into trouble. Up to 1 billion birds die per year across the country after crashing into buildings, a recent study found, with thousands perishing or getting injured in Cleveland alone.

The local initiative, Lights Out Cleveland, has partnered with the Cleveland Museum of Natural History, the Cleveland Metroparks and others to make sure bird flight paths aren't hindered.

So far, 13 buildings throughout the city, including Cleveland City Hall and FirstEnergy Stadium, have agreed to follow the Lights Out Cleveland initiative by turning off bright signs, decorative outdoor lighting and workspace lights.