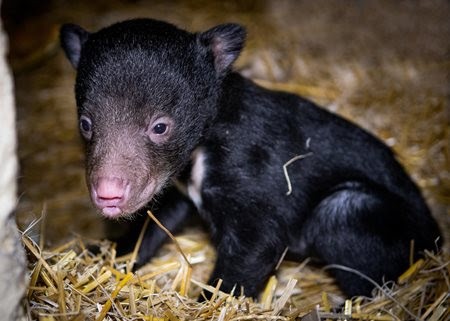 The furry newborn is reportedly healthy, as are its first-time parents. The cub is currently learning to walk and is sticking to its mother's side outside of public view for now.

While the baby is just 6 pounds, sloth bears run up to 300 pounds, preferring to feast on things like termites, honey and fruit. The shaggy-coated sloth bear, which is native to India and Nepal, is considered a vulnerable species.

At this time, the new sloth bear is nameless and a public naming contest, which the zoo is fond of doing for its newborns, has no set date.

The zoo also recently welcomed a baby howler monkey and baby rhino, which are now on display.  Sign up for Scene's weekly newsletters to get the latest on Cleveland news, things to do and places to eat delivered right to your inbox.