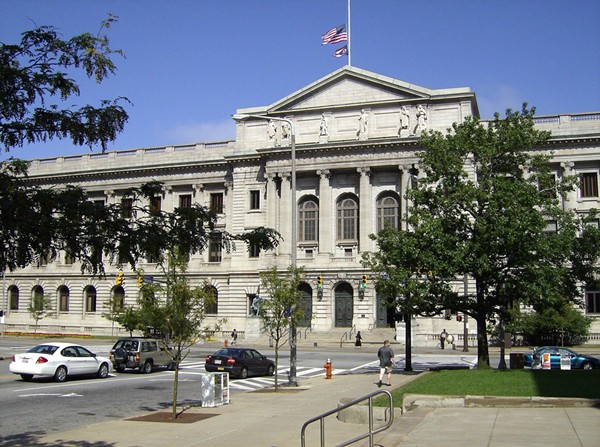 Deaths in suspected drug-overdose cases, largely from opioids, have risen for the second month in Cuyahoga County, according to the Medical Examiner's newly-released preliminary findings for the month of February.

The Medical Examiner's office has announced that 51 deaths are attributed to drugs, with 30 more being investigated. These cases bring the total for the first two months of 2019 to 108, which is 46 percent greater than the same period in 2018. There were 17 suspected overdose-deaths in just the first six days of March.

Based on January and February numbers, the ME's office is projecting that the annual total could be up to 737 overdose deaths, which would be the highest in at least a decade. Last year, the annual total dropped from 2017's 727 deaths to 560 deaths, which was initially taken to be a hopeful indicator of the future. Previously, the total had not fallen since 2010, when the count was down by only two cases.

But drug court Judge Joan Synenberg told Ideastream in January that, while deaths were down for that year, usage is not. She attributed the death decrease to an increase in community involvement, notably the distribution of overdose-reversal drug Naloxone, and cautioned that the number of overall users isn't changing much.

On a statewide level, the Ohio Department of Health reports there has been an upwards trend from 2013 to 2017 that mirrors Cuyahoga County (finalized numbers from 2018 have yet to be released). On both a county and state level, there is also a trend away from heroin and towards the synthetic opiate Fentanyl.

To combat these despairing statistics, Ohio has received more than $350 million in federal funding from 57 federal departments over the last two years. The state's budget for fighting opioid addiction for 2018 was nearly double that of 2017, at about $225 million. The majority of those funds go to addiction preventative services; the Ohio Department of Mental Health and Addiction Services is responsible for allocating money to local alcohol, drug addiction and mental health boards. In 2018, Cuayhoga was among the top four counties in overall funding received in the state.

Governor Mike DeWine has recently weighed in on the opioid crises, proposing a $74 million increase to agencies that work with foster children whose parents are addicts. He also proposed spending $7.5 million over the next two years to create 30 new drug courts across the state, according to WOSU. This is his first policy initiative specifically targeting opioid crisis users.