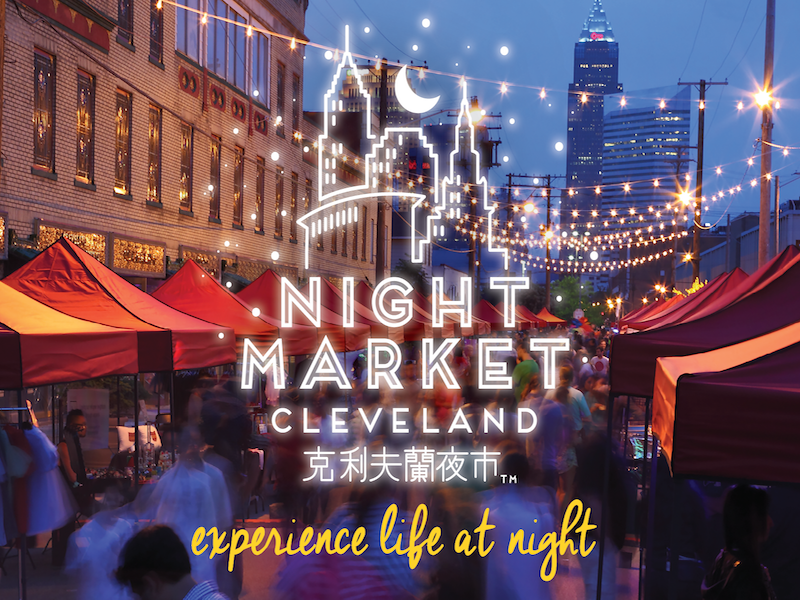 After three wild summers, Night Market Cleveland was forced to sit the 2018 events season on the sideline. The Asian food-filled street market burst onto the scene with all the force and fury of a firecracker in 2015, attracting upwards of 20,000 visitors on those balmy Friday evenings. The following year picked up right where the inaugural season left off and grew from there, with scores of vendors selling distinctive Asian and Asian-fusion foods along Rockwell Avenue – Cleveland’s old Chinatown – and in nearby parking lots. Poor weather put a hurt on the 2017 season, damaging infrastructure, shrinking crowds and triggering organizational introspection.

“Last year we had to pull back because of funding, so we decided to take a year and focus on getting stronger and better as an organization,” explains president Brendan Trewalla. “We are no longer part of St. Clair Superior Development Corporation. We became a 501(c)(3) nonprofit organization.”

This year’s events will take place on the Fridays of June 21, July 26, August 30 and September 27. Apart from some changes and improvements to layout, programming and infrastructure, Trewalla says that it will be business (and pleasure) as usual.

“If you knew and loved us before, you will know and love us again,” he says.

Once again, Night Market Cleveland will partner with Watershed Distillery and Market Garden Brewery to supply the adult refreshments. There will be plenty of live entertainment gracing the various stages that are sprinkled throughout. And, as always, the event is free and very kid- and pet-friendly.

The stated goal of Night Market has always been to serve as a small-business incubator, to draw attention and foot traffic to the St. Clair Superior neighborhood, and to bring local residents face to face with Cleveland’s diverse, thriving Asian community. All of those things are occurring.

Night Market is no longer just an event series, adds Trewalla, it’s an organization with year-round programming. Chief among that programming is the delicious, intimate and immersive Asiatown Food Tour series, monthly meetups with the people, places and businesses who make Cleveland’s Asiatown neighborhood such a compelling destination. The tours take place the third Wednesday of every month 12 months out of the year.