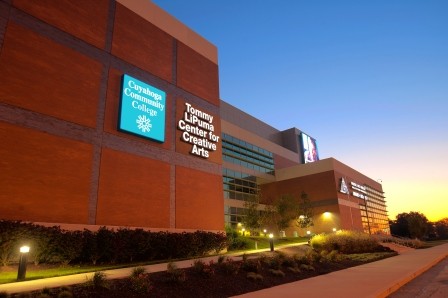 In a unanimous vote Saturday afternoon, approximately 70 janitors with the Service Employees International Union (SEIU) Local 1 ratified a new contract at Cuyahoga Community College (Tri-C). The new agreement with Tri-C's cleaning contractor charts a path toward a $15 hourly wage by 2024, with guaranteed annual wage increases for all employees.

Saturday's ratification follows a similar vote by janitors at the Cleveland Orchestra in February and is part of the union's efforts to build momentum and awareness as major downtown contracts will be negotiated in the coming months.

The campaign, called "One Cleveland," is premised on the idea that all Clevelanders should benefit from an economic resurgence downtown. It is dramatized by the fact that many of the union's members are women of color. Many are employed by downtown buildings that have seen enormous public subsidies and yet many struggle to make ends meet.

"There’s no doubt that as janitors in this city, we are building momentum,” said Kathy Curlee-Jones, a Tri-C janitor, in a statement released by SEIU. “The fact that $15 is becoming the standard is evidence that when people of all racial backgrounds stick together, everybody wins. We need $15. Cleveland needs $15. We can do this.”

The new Tri-C contract will inject nearly $2 million into Cleveland's economy, SEIU said, and will be an infusion of funds into Cleveland's most neglected neighborhoods. Curlee-Jones, for example, told Scene that she lives on the southeast side, near Cleveland's border with Garfield Heights.

She said annual raises, and ultimately $15, will give her some "breathing room" in her monthly budget. She's hopeful she might be able to put away a small part of her paycheck for emergencies. Like many of her colleagues, her paycheck is currently used entirely for bills and necessities, and she routinely has to get on payment plans for past-due bills.

The significant wage increases are important for the day-to-day lives of janitors, but the five-year Tri-C union contract includes other benefits as well, including additional paid time off, sick days and holidays.

You can read SEIU's full report, "A Tale of Two Clevelands," here.