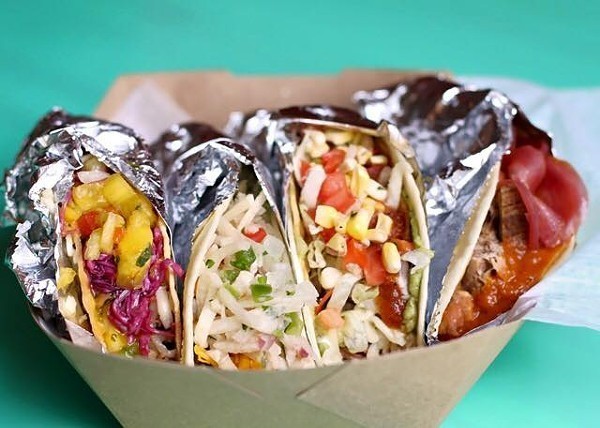 Update: The newest Barrio location opened near Kent State University earlier this week, with a line out the door.

As the goal was to open sometime this summer, the 295 S. Water St. spot did so right in the nick of time (summer hits officially Sept. 23).

The taco company also recently announced plans to open a Strongsville location, and are still underway to bring tacos to the Michigan State University campus sometime this fall.

***
(Original article 4/16/2019): Kent State University students, and all other residents of Kent, Ohio, can finally stop worrying about driving all the way up to Cleveland for their late-night Barrio taco fix.

Today, the neighborhood build-your-own taco chain with the cult-like following (and queso that haunts dreams) announced plans to open a new spot on 295 S. Water St. in downtown Kent.

Barrio already has locations in various Cleveland neighborhoods, suburbs and Progressive Field as well as an outpost in New Hampshire. Late last year, they announced a new location was opening on the Michigan State University campus this fall. This new move to Kent will be the restaurant chain's ninth location.

An exact date has not been set for the Kent spot, but opening sometime this summer is the goal.

As we noted last year, it's still unclear where yet another Barrio location might open next, but after only being open since 2012, the company is on pace to take over the Midwest.