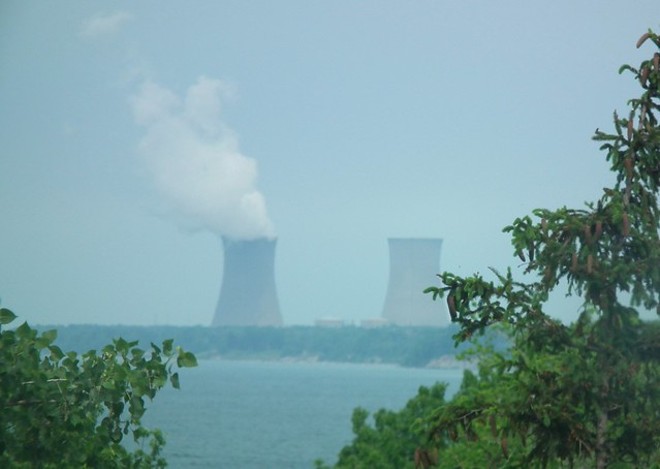 "As things ebb and flow, and costs rise and lower for different forms of electric and generation," he said, "it's going to give us a balance here in Ohio that's going to set us apart."

Customers would pay an extra $2.50 a month for the new program, but Trish Demeter, chief of staff for the Ohio Environmental Council Action Fund, argued that it's a bailout for FirstEnergy Solutions' two unprofitable nuclear plants in northern Ohio.

"Maybe those plants do bring some environmental value, but we could create so many more jobs if we were to retain Ohio's efficiency and renewable standard," she said, "so the devil is in the details. We are highly speculative."

The two plants could qualify for nearly half of the 300-million dollars expected to be generated annually by the new surcharges. The bill was introduced Friday; a House subcommittee hears testimony today.

Demeter contended that the bill jeopardizes the benefits of renewables and energy-efficiency standards, as well as nearly 112,000 clean-energy jobs.

"These are standards that are delivering utility-bill savings to customers, to the tune of $4.5 billion over the last decade," she said, "and have resulted in the creation of new jobs across the state."

Supporters want House Bill 6 passed by the end of June, but Demeter cautioned against swift action.

"We urge the sponsors and committee members to take this issue slowly," she said, "and really do a full assessment of what the potential impacts of this bill could be - to our health, to jobs, and to the economy."

FirstEnergy Solutions, which had announced it would close the two nuclear plants by 2021, praised the bill's sponsors. While denying the program is a bailout, House Speaker Larry Householder, R-Glenford, told reporters that lawmakers should help save the plants.

The text of HB 6 is online at legislature.ohio.gov.