This Week in CLE, cleveland.com's New Podcast, is Not That Bad! 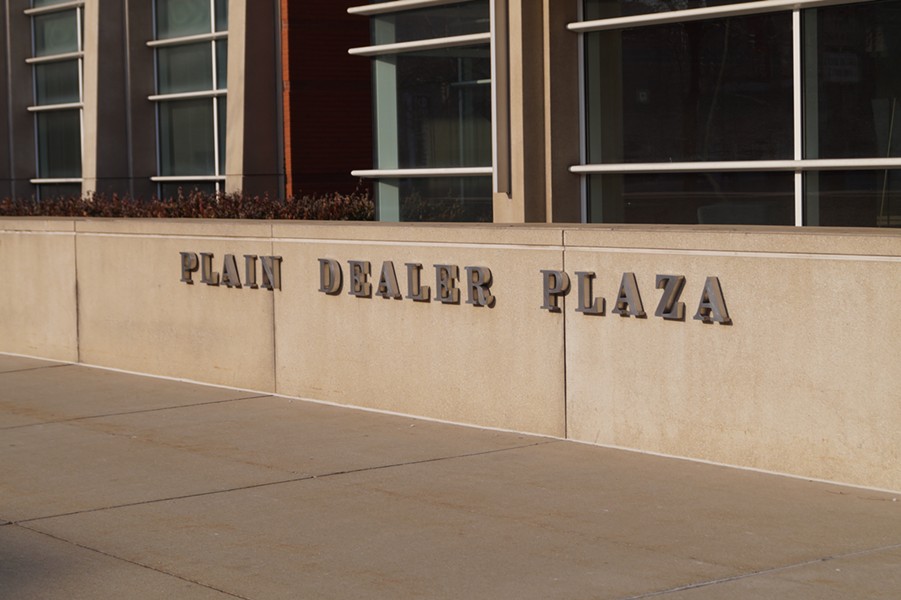 Today, cleveland.com launched a weekly news podcast called This Week in CLE. Styled as a reporters and editors roundtable and hosted by editor Chris Quinn, the podcast is meant to compete directly with WCPN's Reporters Roundtable, from which Quinn recently announced his departure.

"I will miss my weekly conversations with the incredibly talented Rick Jackson, M.L. Schultze, Karen Kasler and Joe Frolik," Quinn wrote, "but I’m not disappearing. My team at cleveland.com is planning some dynamic new conversations to wrap up what’s going on each week.

"One will be a weekly podcast we’re calling This Week in the CLE. Because cleveland.com is the center of the Northeast Ohio news universe [Writer's note: LOL!!!!], we think tapping into the thoughts of our experts will give you deeper perspective on what is driving the news they report. I’ll have conversations with them each week, aiming to publish the podcasts each Thursday evening. That way, people can listen during their Friday morning commutes," (emphasis mine).

WCPN's Reporters Roundtable airs on Friday mornings as well, so the podcast, which can be downloaded and listened to at any time, is edging in not only on the same content territory but the same preferential time slot. (WCPN's host Rick Jackson, last week, called their program the "original" weekly news roundup, a subtle bit of media shade in Quinn's direction.)

Scene will come right out and say it: "This Week in CLE" is promising, despite the fact that it has stolen its name from one of the stronger local parody Twitter accounts, which delights in occasional bangers at cleveland.com's expense.

The Astolfi segment is the most valuable. It includes analysis of County Executive Armond Budish's State of the County Address Thursday and updates on the county corruption probe, all from the reporter who's closer to the story than anybody. For local news junkies, this content will be fresh and illuminating, likewise the later commentary from Naymik, who really does have his finger to the pulse of a huge number of ongoing local narratives.

Two very minor style notes: the podcast's logo bears a striking (and foul!) resemblance to the Chicago Cubs'; and Quinn twice pronounces the name of the lately burned cathedral in Paris as NOH-ter dahm. Not NOH-truh dahm or NOH-ter dame. NOH-ter dahm! This was wild!

In a more substantive note: Cleveland.com suddenly appears to be on CLASH's side. In the Vosburgh segment, Quinn and Naymik were bashing city council and Frank Jackson for their unwillingness to take up the CLASH legislation, notwithstanding the missing election falsification language on recently rejected petitions, which will likely prevent it from appearing on the November ballot.

To hear Quinn and Naymik talk, this legislation is a no-brainer. In fact, cleveland.com used that same language in an editorial Thursday, calling on Council President Kevin Kelley to "do the right thing" and accept the CLASH proposal.

If Kelley won't do it, surely someone like councilman Blaine Griffin should take it up; that is, if he were sincere in his efforts to combat the lead crisis. Quinn and Naymik even cast aspersions on council sluggishness and noted the personal grudges that characterize Jackson's politics. (He doesn't want CLASH to get any credit, Naymik noted, because Jeff Johnson is involved.)

Well, this sure seemed like a fairly honest accounting of the motivations for city leaders' recent action and inaction on the issue. But it was also — for this listener at any rate — a striking adjustment from the publication's previous stance.

Cleveland.com was never as hostile toward CLASH as they have been to citizen groups in the recent past, but they did call the ballot measure "hasty" and "potentially ill-crafted" in a January editorial, suggesting that a "far wiser" approach would be the Lead Safe Cleveland Coalition, the public-private group that's hashing out policy recommendations and planning a summer lead summit. Now, they're saying it'd be better to run with the CLASH proposal and add in whatever coalition recommendations seem prudent — particularly as it relates to funding sources — not the other way around. (And for our money, cleveland.com deserves credit for modifying its stance as circumstances evolve.)

A final note: While Quinn's abrupt departure from WCPN to start a competing project may be rightly perceived as a shitty thing to do, cleveland.com is smart to experiment with, and invest in, podcasts. And competing media organizations are right to compete with each other. It will hopefully inspire both WCPN and cleveland.com to pursue the most engaging and relevant weekly program possible.