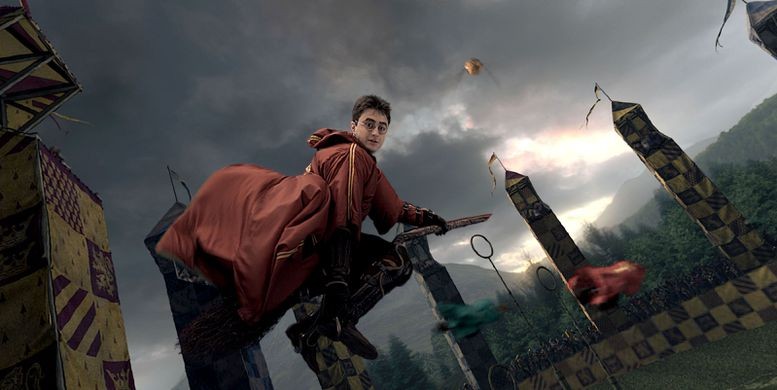 The Cleveland Riff quidditch team, which started up in 2015 after Major League Quidditch (MLQ) was established in the U.S. that same year, plays a somewhat modified version of the wizard sport Harry Potter fans first learned to love in J.K. Rowling's famous book series.

Real-life quidditch, or "muggle quidditch," obviously can't be the same as its fictional counterpart, which requires players to fly around on broomsticks. Yet the non-magical form played in MLQ — and what Cleveland Riff expects of its prospective players — still requires quite a bit of athletic skill.

In the game, two teams of seven players "ride" brooms as they run around a grass field attempting to score points by throwing balls through hoops. If a seeker catches the golden snitch — played here by a person running around with a tennis ball attached to their back — a team scores even more points.

This season, Cleveland Riff plays other teams in the MLQ North Division, including the Minneapolis Monarchs and Indianapolis Intensity, and is traveling to Detroit and Toronto. The team also plays games in Cleveland and practices on Saturdays.

Tryouts take place tomorrow, April 27, from noon-3 p.m. at Bacci Park in Cuyahoga Heights, and is open to all adults. Those unable to attend tryouts can also send in a tape audition. Learn more about the team and tryouts here.

Sign up for Scene's weekly newsletters to get the latest on Cleveland news, things to do and places to eat delivered right to your inbox