Here's the Lineup For This Year's Solstice 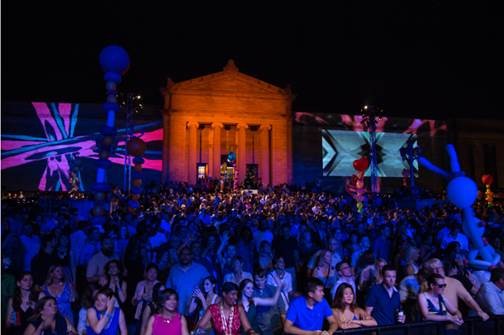 Special exhibits such as Shinto: Discovery of the Divine in Japanese Art and Gordon Parks: The New Tide, Early Work 1940–1950 will be open during the event, and the museum’s permanent collection galleries will be open late.

Guest curator, celebrated DJ and electronic musician King Britt, has been tapped to organize a night of music that reflects "his extraordinary range and taste across all genres of creative music."

“Solstice is the night we all look forward to, marking the official start of summer with a celebration of music and art,” says Tom Welsh, director of performing arts, music and film, in a press release. “I’m especially thrilled that the remarkable artist King Britt joins us as our first-ever guest curator.”

“I’m honored to be a guest curator for this year’s summer Solstice at the Cleveland Museum of Art,” says King Britt. “Contributing to the always groundbreaking festival, on this level, exemplifies the commitment the museum has to continue creative programming for Cleveland’s most progressive audience.”

Museum members receive advance access to discounted tickets beginning at 9 a.m. on Monday, May 13. If tickets are still available after the member pre-sale, the general public sale will begin at 9 a.m. on Tuesday, May 14.