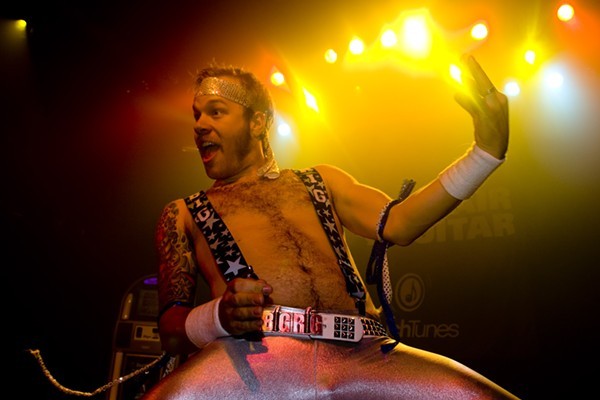 Last year, the Winchester Tavern  in Lakewood hosted one of several US Air Guitar Championship events. Now, the club has just announced that’ll again play host to one of 16 U.S. stops.

Competitors perform to a 60-second guitar edit of their favorite song. Judges then rank the performance according to "Technical Merit" (does it look like they are playing a real guitar?), "Stage Presence" (do they excite the audience and the judges?), and "Airness," the quality of performance which transcends the imitation of a real guitar and becomes an art form all its own.

Hosted by two-time US Air Guitar National Finalist Jerrod “Dick Diesel” Dewey, the event will include up to 20 competitors. It takes place on June 8.

Last year's winner, Leigh “AirLeigh Legal" Melendez, will return to defend her Cleveland championship title against a crop of new and returning competitors. This year’s champion will take home a $300 prize and qualify for the US Air Guitar Championship semi-final round that takes place on Aug. 1 in Nashville.

Tickets are $7 in advance or $12 day of show, with proceeds going to benefit Harvest for Hunger and the Greater Cleveland Food Bank. Competitor entry is $15 (but you have to be at least 18 to compete).