Admit that John Wick is a Garbage Franchise You Cowards 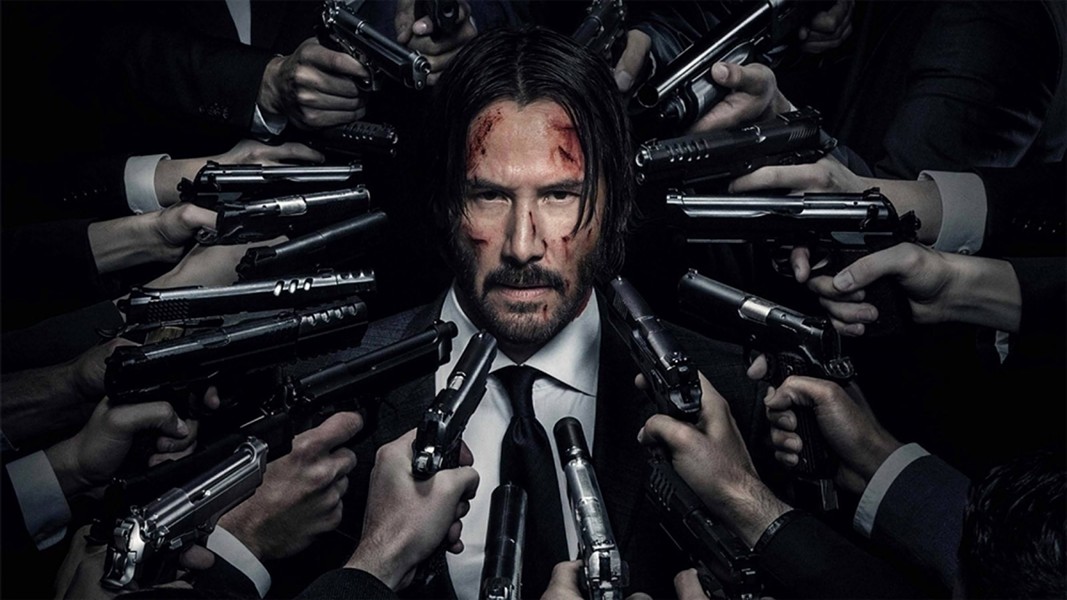 John Wick is a hyper-violent action franchise about men's fashion and pet ownership in New York City. It stars a bruised and grunting Keanu Reeves as a retired hit man and features some of the most senseless, brutal, boring fight choreography in the history of cinema. Its deranged narrative architecture, the central plank of which is that roughly half of the world's population, and all of its homeless people, belong to secretive, hierarchical associations of assassins, is hands-down the dumbest ever conceived. It is impossible to enjoy even as pure fantasy, yet it remains beloved by the country's savviest culture critics, who were smitten by the simplicity of a man going on a killing spree to avenge his dog, (the plot of 2014's John Wick).

The franchise's unbearable third installment, John Wick Chapter 3: Parabellum, (the latin phrase meaning "prepare for war"), opens Friday in wide release. Its gleeful excesses — the particulars of which I'll touch on below — will no doubt receive the same herdlike rave reviews that the first two did.

John Wick Chapter 2 (2017), for example, was pronounced "more audacious, bolder and more violent" than its predecessor (RogerEbert.com). The mind-numbing gun fights were "like a dance," (MTV News) "some of the most elegant action since the 1980s," (The Age). It offered "more cohesive doses of ferocious thrills" than its CGI-infused counterparts, (IndieWire). The film scored an improbable 89% Fresh on RottenTomatoes, better than the 87% of the first film, and the critical consensus was that everyone should shut up and allow themselves to mindlessly escape, to disregard the plot holes because it was "crazily entertaining," (Arizona Republic).

These films are no such thing.

The biggest and most disgusting problem with John Wick is its inhuman violence. This was most consistently pronounced in the second film, but most grotesquely so in the third. These films are meant to be adrenaline highs, "action from start to finish," and that's true in a sense. But the action's over-the-top bloodletting becomes a kind of monotone.

Most of the interminable mob fight scenes feature Wick unloading magazine after magazine of bullets into the heads of his enemies. In the third film, these enemies are often obscured by scarves or helmets, so we can forget that it's human beings he's offing so casually.

The aging Reeves has about three moves in his hand-to-hand combat arsenal, his favorite of which is a little takedown maneuver where he wrestles a bad guy to the floor and then shoots him in the head at close range. He then shoots the corpse in the head two or three more times.

It is a film of nonstop head shots. This is not only monotonous and boring to watch — it may as well be a command on a gaming device's controller (X = head shot) — but deeply disturbing. In a showdown late in the third film, Wick defends the Continental Hotel from a battalion of intruders. These intruders wear sophisticated body armor and helmets that can't be pierced by bullets at long range, so Wick has to shoot each one in the head five or six times up close to get the job done. It'd be almost parodic if it weren't so repulsive. Wick sometimes even opens up a visor and shoots an assailant directly in the face a few times. These assailants rarely fight back convincingly, especially in the hand-to-hand sequences in which the trained martial artists can be seen working double-duty to pretend that a slow and gimpy fifty-something Reeves is giving them a workout. Usually they just submit to getting their brains blown out.

I noted this head shot tendency with disgust in the second film and was distraught to learn that nothing had changed in the third. Or, actually that's not true. One thing has changed. The franchise has now giddily discovered knives. Blades of every length and variety are on display in the third installment and are just as excessively deployed to slash and chop and thrust and stab at the heads and necks and eyes of everyone in sight.

John Wick is "excommunicado" from the "High Table" — his secret assassin organization — which means that most of New York City descends upon him in the hopes of collecting a high-dollar reward. In an opening scene, Wick kills an assassin (played by the NBA's Boban Marjanovic) by bashing a hardcover book into his mouth and then snapping his neck over the book's spine. Cool move! A few minutes later, Wick finds himself in an armory or antique shop of sorts and dispatches a mob of attackers with knives and axes and machetes. In multiple cases, he stabs someone in the head and then bangs on the inserted blade so it goes deeper into the head. In one shot, he pushes a knife slowly into someone's eye. After most of them are dead, Wick sees one of the bloodied bodies removing a knife from his chest — still alive — so he throws an axe at his face.

Most of the violence, though, to reiterate, is just endless gun battles indistinguishable from videogame massacres. Halle Berry joins the fray in Parabellum for a big fight in Casablanca — don't ask — when she and Wick take on 60-80 opponents in a Riad courtyard. As usual, they shoot everyone in the head multiple times. In this fight, Halle Berry has two German Shepherds with her, and they mangle the bad guys' private parts or chew on the corpses as the fighting rages on. In one egregious instance, Berry's character fires two bullets into the chest and leg of an opponent — everything is at extremely close range — and then invites her dog to attack. The dog immediately charges and begins savaging the guy's crotch as he's dying. Berry then fires into his neck and head a few times.

Some of these battles are more coherently staged than others. But there's no drama or tension involved in any of it. It's just mowing down nameless, faceless foot soldiers.

This mindlessness is not compelling or fun. In fact, as I keep saying, it's extremely boring. In a late showdown at the Continental Hotel, Wick takes on, sans guns, two martial artists (including Rayan Yuhian, Mad Dog from The Raid: Redemption, a very good action movie). And these dudes throw Wick through a series of decorate pane-glass displays. There are like seven of these in the room where they're fighting and they alternately throw and kick Wick through every single one. In immediate succession. There's no creativity or ingenuity in this choreography. Wick keeps standing up and then getting kicked through the next pane of glass. Was this a joke? Was this supposed to be multiple takes? It was unreal. But it demonstrates the filmmakers to be obsessed with new moves or kill ideas as they discover them. Early on, for example, Wick finds himself in a stable and uses horses to kick his attackers in the face. This is actually a fairly inventive idea, in terms of fight choreography. But then he proceeds to do the same thing like three or four more times. It's gratuitous to the nth.

All this excessive, intimate, depraved violence is exacerbated by the utter stupidity of the story lines loosely stringing together the bloody encounters that are the franchise's only purpose.

Wick is retired, sort of, from an organization called the "High Table" which appears to oversee all other assassin organizations, one of which is made up of homeless people (or assassins disguised as homeless people?) led by Laurence Fishburne, whose main idiosyncratic character trait is that he speaks with a Shakespearian lilt — he is a king? — and uses carrier pigeons to communicate with his network.

Wick is also maybe named Jardani Jovovich and maybe belongs to a Belarussian organized criminal outfit, under whose protection he is shipped to North Africa to escape his death, passage he secures by being branded with an Orthodox cross. There are more amulets and trinkets and coins and pseudo-cultish ritualism than the National Treasure and Indiana Jones franchises combined.

In Morocco, the guy who oversees the High Table turns out to be some sort of Bedouin royal figure. (What?) But he doesn't seem all that connected to the High Table's central administration, which seems a bit like that time travel organization in The Umbrella Academy. It's all weirdly analog. Hits are tabulated on a big chalkboard and disseminated via 80s computers and intercoms and actual switchboards. Moreover, none of these assassins are ever called upon to assassinate anyone of importance. All they seem to be interested in is killing each other. It's like an Albanian blood feud.

All this shit is nonsense and I'm realizing that it's not even worth trying to explain. The script for Parabellum seems to be exclusively influenced by Wikipedia searches for the Yakuza and the Illuminati. It doesn't withstand even the slightest narrative scrutiny, but does make at least one Matrix callback.

It all sucks. And there's no end in sight.