Poetry for People Who Hate Poetry, No. 9 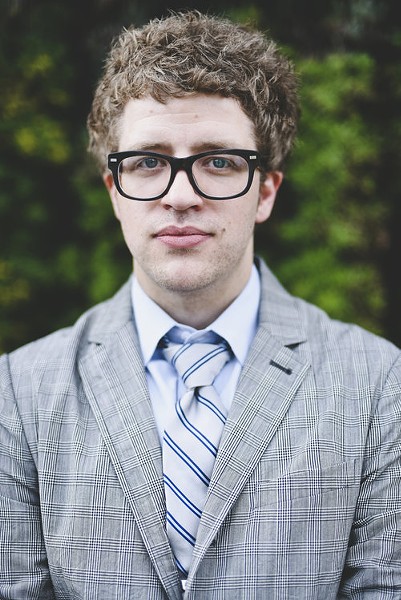 This is the ninth column in a monthly series by Dave Lucas, the Poet Laureate of the State of Ohio. You can read his previous columns here.

***
The most important hip-hop “crossover” event of my youth was not Aerosmith and Run-DMC or Anthrax and Public Enemy or even the Rage Against the Machine and Wu-Tang Clan tour.

I admired the charismatic eloquence of Milton’s Satan. Against my better judgment, his cry—“Which way I fly is Hell; myself am Hell” (IV.75)—broke my heart. Just like Adam and Eve, I had been tempted.

But I had already fallen for Bone Thugs-N-Harmony’s verbal acrobatics. Their rapid, melodic delivery and nearly indecipherable lyrics put Cleveland on the hip-hop map.

I had not expected to discover that the work of the blind English poet, dead three hundred years, could converse with the musicians whose lyrics I copied into my notebooks.

And I remained unaware of the separate political and social contexts of their work. In my suburban, adolescent ignorance, I knew as little of Bone’s Cleveland as I did of Milton’s seventeenth-century England.

I knew the intersection of East 99th and St. Clair Avenue only from Bone’s music videos. Or I knew the apocalyptic depiction on the cover of their 1995 album E. 1999 Eternal, with its images of skulls and smoking, burned-out buildings.

I saw that cover in my mind when I first read Milton’s description, in Book I of Paradise Lost, of the Hell in which the fallen Satan finds himself: “A Dungeon horrible, on all sides round / As one great Furnace flam’d, yet from those flames / No light, but rather darkness visible” (I.61-3).

I was so preoccupied with the romance of the outlaw that I hardly understood then that Krayzie Bone had also described a kind of hell when he rapped, on “Creepin On Ah Come Up”:

Woke up this morning with the thought of robbin’ a bank to get rich
Ain’t ate in days so it ain’t no thing to click click, bitch, gimme your shit
[. . . ]
I be livin’ on the darkside
And I can’t escape, some say it’s a phase
If it is only way I’m gonna survive is if I play with my gauge


Between Krayzie Bone’s “darkside” and Milton’s “darkness visible,” these lines try to see in—and see their way out of—the dark. They are at once concerned with the realities of this world and with questions about the otherworldly.

I did not yet know the word theodicy, but I had learned of the problem of evil, the question of why a benevolent God would allow evil to exist. I had asked those questions myself.

When Layzie Bone raps, in “Tha Crossroads,” “And I asked the good Lord why / He sighed, he told me we live to die,” his words represent another attempt to—in Milton’s words—“justify the ways of God to man.”

Such questions inform much of Bone’s music: the realities of systemic racism and poverty, police and gang violence—but also the potential to work toward a new reality.

“The mind is its own place,” Milton’s Satan declares, “and in it self / Can make a Heav’n of Hell, a Hell of Heav’n” (1.233-4). I had already heard a version of those lines, in Bizzy Bone’s verse on the original “Crossroad”: “To get where you headed / You must make a heaven of hell.”

I couldn’t have said this then—that I, as reader and listener, could be the point of contact between these artists. That anyone else could too.

I was only then learning that such contact is exactly why we read and listen. In years to come I would seek that contact in everything I read and eventually in what I wrote myself.

Nor did I understand then that, for all I loved hip hop, it did not belong to me—that I needed to listen as a guest listens in a house that has been opened to him.

Nevertheless, hip hop was my introduction to the wordplay and metaphor I would find later in other forms of poetry. Milton and Bone together were responsible for my own crossover from hip-hop listener to poetry reader.

So when, years later, I read The Odyssey, I felt a homecoming of my own when King Alcinous welcomes Odysseus to his court, and asks him to tell of himself and his travels:


I had already heard Odysseus’ answer. I had heard it in Snoop Doggy Dogg’s “Who Am I (What’s My Name)?” and would hear it again in Eminem’s “My Name Is.”

Similarly, I had known versions of the feud between Beowulf and Unferth in the Old English epic. When the hero arrives to battle the monster Grendel, Unferth challenges him and mocks his courage. Beowulf’s answer requires no mic to drop:

The fact is, Unferth, if you were truly
as keen or courageous as you claim to be
Grendel never would have got away with
such unchecked atrocity, attacks on your king (589-92)

It’s not exactly “Ether,” but the verbal jousts of this exchange, the boastful back-and-forth of it brought to my mind the beefs between Dr. Dre and Eazy-E, Biggie and 2Pac, Nas and Jay-Z.

Even that term “crossover” has poetic roots in Ancient Greek and Latin. As we have seen, metaphor and translate are two words to describe the movement across or beyond a threshold.

So poems and songs bear us across the threshold of ourselves, and—if only for a moment—we get a glimpse of another world, and a clearer eye to see our own.