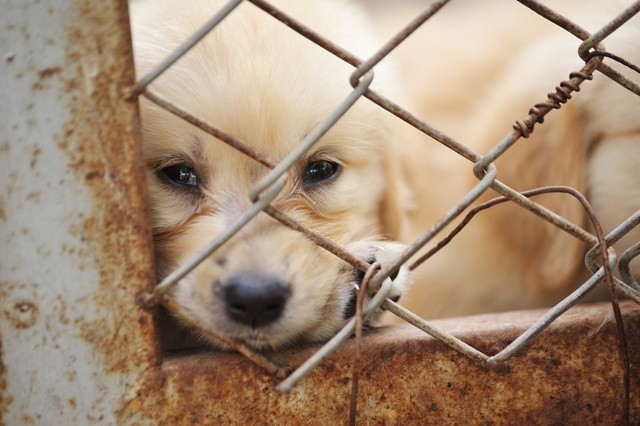 COLUMBUS, Ohio - The Buckeye State again is ranked high among states on the "Horrible Hundred" list of puppy mills.

The seventh annual report from The Humane Society of the United States put Ohio fourth in the nation for the number of problem puppy mills and dog sellers. John Goodwin, senior director of the organization's Stop Puppy Mills Campaign, said instances of untreated health problems and cramped living conditions for the animals just scratch the surface.

"There was one place that kept French bulldog breeding moms in tiny cages less than the size of a bathtub," he said. "Another place had both open food containers, fly and mouse infestations, and was selling underage puppies, which is a double whammy for disease."

Eight Ohio breeders and dealers were described in the report, including one who had been on the list before. Unfortunately, Goodwin said, the report isn't even "the worst of the worst," because many puppy mills operate under the radar and never are inspected.

Not only can inhumane living conditions affect a dog's mental and physical growth, Goodwin said, but they also can lead to disease.

"We have countless horror stories of consumers who've reached out to us," he said. "They've just bought a puppy, it should've been a joyous occasion - and the puppy was incredibly sick. And this goes back to the dirty, filthy conditions that so many of them are raised in."

Goodwin contended that the U.S. Department of Agriculture isn't doing enough to address the problem, noting that the agency issued 60% fewer citations for problem facilities between 2017 and 2018. He said state agencies are finding problems at puppy mills that the USDA deemed compliant.

"Ohio enacted a stronger puppy-mill law last year," he said, "and much of the information that we have came from state agencies, who are having to carry the load that the USDA is refusing to carry."

The USDA did recently propose a rule that would prevent problem sellers who have had their licenses revoked from obtaining a new license under another name. Comments are being accepted on that proposal at regulations.gov until May 21, a site that also outlines the proposed rule.

The report is online at humanesociety.org.