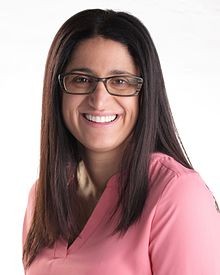 The United Way of Greater Cleveland has announced that Dr. Mona Hanna-Attisha, the doctor and public health advocate credited with being the first to reveal lead in children’s blood in Flint, Michigan, will keynote Cleveland's Lead Safe Home Summit in June.

That free one-day event (6/21), which will convene local experts, politicians and residents to share stories about the lead crisis and best practices from peer cities that have combated lead crises of their own, will be held at the Huntington Convention Center. It is a joint effort of the Lead Safe Cleveland Coalition and the United Way of Greater Cleveland.

Dr. Hanna-Attisha was named as one of the 100 most influential people in the world by TIME Magazine in 2016. She was awarded the Freedom of Expression Courage Award by PEN America and is both a pediatrician and a professor. Her 2018 book, What the Eyes Don't See, was named one of the 100 notable books of the year by the New York Times.

"The story of Flint shines a spotlight on our unfinished work regarding the lingering legacy of lead,” said Dr. Hanna-Attisha in a statement provided to the press. “From Flint to Detroit to Philadelphia and Cleveland, too many of our nation's kids continue to disproportionately bear the burden of preventable lead exposure. I'm so excited to work with Cleveland partners to finally add lead poisoning to the list of eradicated diseases."

The United Way also announced that the summit will feature a panel discussion about lead crises in Cleveland, Rochester and Detroit. Panelists will include: