In Advance of Next Week's Show at MGM Northfield Park Center Stage, Rob Thomas Talks About His Collaborative New Album 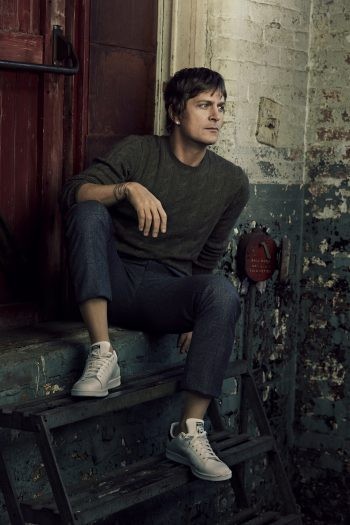 It’s been 20 years since Rob Thomas struck it rich with “Smooth,” his collaboration with Carlos Santana that hit No. 1 in October of 1999, ultimately spending 12 weeks at the top of the Billboard Hot 100.

If you were anywhere near a radio that year, “Smooth” was hard to miss, and even Thomas admits that he got a bit tired of the song. He says the best thing that he got out of the whole experience was the friendship with Santana, which remains strong to this day with the pair frequently trading text messages and phone calls.

The Santana collaboration came on the heels of a whirlwind run of platinum success for Thomas with his own group, Matchbox Twenty, who had put out a pair of successful albums starting with Yourself or Someone Like You in 1996. By the time they released 2002’s More Than You Think You Are, their third album, Thomas was continuing to expand his creative horizons.

He had written two songs with Rolling Stones vocalist Mick Jagger, including one, “Disease,” which Jagger handed back to the singer-songwriter, who turned it into another Top 40 hit for Matchbox. Thomas also had the experience of writing songs with Willie Nelson for his 2002 album The Great Divide. While “Maria (Shut Up and Kiss Me),” which leads off the album, is probably the best known of the bunch, “Recollection Phoenix” is the melancholy gem.

“You know, [Nelson] liked that song because he felt like a lot of times, people write a song about being on the road, and people write about women on the road, but it’s usually the woman that gets left at home,” Thomas explains during a recent phone conversation. He performs at 8 p.m. on Friday, May 31, at MGM Northfield Park Center Stage. “And this was from the point of view of my wife, who is a woman who is on the road with me. He said he’d never seen that in a song before and there’s a line in there that says, ‘You might think the road has made her colder,’ and he liked that, and he liked the line,‘I wonder when the hell did I get older.’ He was always joking that he was wondering when that was going to start for him.”

Nelson, Thomas says, is “everything that you want him to be.”

With his ongoing solo work, Thomas continues to unlock exciting new collaborations, including one with producer Butch Walker (The Struts, Fall Out Boy, Weezer) on Chip Tooth Smile, Thomas’ newest album that was released in late April. Even though the two have been friends for quite a while, it was their first time working together in the studio after years of talking about doing it.

At first, Thomas thought he was making his Nebraska, an album that would be acoustic-based. Instead, he started to see that the songs were pointing in more of an ’80s pop direction.

“Once we started to realize it, we leaned into it more, me and Butch,” he says. “We’re like, ‘Oh, you know what? Let’s go with this because this seems to be where our heads are at right now.’”

The first song that they worked on together, “I Love It,” seems destined to be shaking stadiums and arenas at future sporting events in the years to come. It came to life in an interesting way, emerging early in the process when Thomas was about to start looking at potential tracks for the album with Walker. They would be interrupted by an unexpected phone call.

“We got a call from the people that were doing the Deadpool 2 movie, saying that they were looking for songs to be in the trailer and stuff, and they wanted to know if I wanted to take a crack at it,” Thomas recalls. “I had this song written that I’d actually written with my son, and I said, ‘Well, actually, I think I do have a track for it.’ I sent it to Butch, and he did it that night, a whole track, and sent it back. The funny thing is that it didn’t wind up on the movie. I think we got beat out by a White Stripes song. But at the end of the day, it got the ball rolling.”

Walker was an important asset in many ways as he and Thomas dug in deep, working on the songs for the eventual album.

“Butch is basically the band, except for a couple of drum tracks, a couple of keyboard tracks and some of my guitar tracks. The rest of it, Butch is the band, which really keeps it in house,” he says. “If I’m writing these songs and then Butch is the whole band, we didn’t have to go out to a lot of people. I don’t think that Atlantic knew we were making a record until we were halfway done with it. That gave us a lot of freedom.”

The producer also knew his place in the creative process and was careful not to overstep his boundaries.

“One of the things about him as a producer is that his ego stays out of it. A lot of times, you want a certain kind of sound, and you go to the producer that gives you that kind of sound,” Thomas explains. “But he’s in such service of the artist and such service of the song that he wants to make sure that it sounds like the best version of what it’s supposed to be that it can be and not like the best Butch Walker record.”

With “Timeless,” the ’80s vibe of the album goes full throttle. Thomas calls it “an ’80s song about listening to ’80s songs made up of a patchwork of ’80s songs.”

“Except for the chorus, that was the only song that me and Butch wrote together. Butch had had that chorus. All of the verses were actually my wife and I,” he recalls. “I was sitting in my studio, down in my basement where my studio is, working on the song. My wife was in real time texting me different song titles, because we have pretty much the same musical taste, especially when it comes to the ’80s. So she was just throwing me titles, and I was trying to fit them in and trying to create a believable song and a believable story that was kind of a mosaic of all of these little ’80s memories.”

Buried in the musical landscape of “Timeless” is a very specific nod to Phil Collins’ classic drum break from “In the Air Tonight.” Thomas had his label reach out to Collins’ camp to get permission to use the reference.

“If we would have used the actual fill, that would have been like a sample, but if you take the fill from ‘Jack and Diane,’ and you take the first half of that long fill out, it’s [very similar],” he explains. “It’s an ’80s fill, it’s just that [Collins] made it the most famous fill in the fuckin’ world. So even though I don’t know if legally we had to, it felt like [the right thing to do] just because I’m a huge Phil Collins fan. I felt like he would get the idea that it was an homage, especially since ‘in the air tonight’ is one of the first lines in the song. I think everybody understood that it was just a very good homage to him and to that time of music that I loved. Because it was optimistic, it was carefree, it was freeform. You’d come home from school and you’d put on MTV and you’d watch MC Hammer, Van Halen and Ozzy Osbourne in the same block.”

Thomas says he and Walker are already planning to work together again.

“Now that we’ve done it, I think that we’ve agreed that this is something that we’re going to keep hitting at for a little while,” he says.

Matchbox Twenty fans can also eventually look forward to new music from the group, who last toured together in 2017.

“Something’s going to happen. It’s funny, I just reached out to [drummer] Paul [Doucette] two or three nights ago. Everybody in Matchbox was kind of waiting until this got up and running. I said, ‘Listen, right before I hit the road, you should start sending me some song ideas, and we should start kind of going back and forth so that by the time we’re ready to do something with Matchbox, we’ve really worked on some good songs and we’re not cramming it all in.’"

Doucette simply told Thomas he didn't have time because he was scoring a film and had about 200 minutes of music that had to be done by an upcoming deadline.

"Everybody’s kind of busy doing their things," says Thomas. "[Guitarist] Kyle [Cook] is on the road right now doing his solo thing. So somewhere, when it just feels natural, there will be new music, and there will be touring just because we still have more to say.”