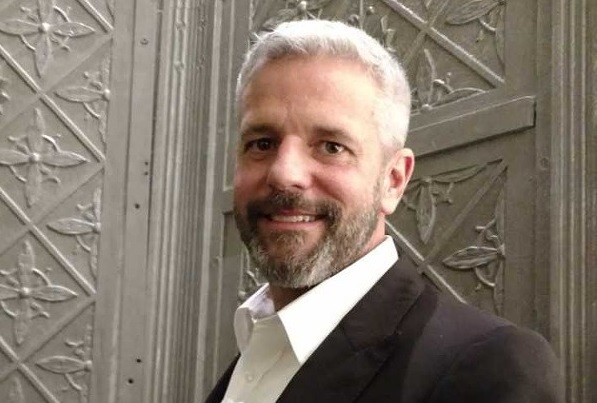 Just last week, local event designer Stephen M. Tokar, the guy that Cleveland’s elite have gone to for the past four decades to help stage their special events, sent out a press release announcing that he’s calling it a day.

A native Clevelander of Hungarian descent, Tokar is moving to Budapest and will divest his million-dollar inventory of event props, furniture, chandeliers, candelabras, designer fabric and pillows from his 40-year career of “creating magical events for the world’s movers and shakers.”

He plans to sell everything at his spacious Midtown Cleveland studio at 7029 Euclid Ave. The sale takes place from 10 a.m. to 6 p.m. on Thursday, May 30, Friday, May 31, and Saturday, June 1. Prices range from $5 for designer pillows and candlesticks to $2,500 for garden pergolas and Grecian statuary.

Tokar’s client list has included members of the Cleveland Cavaliers and the Cleveland Indians, and in 2016, he was appointed as the official event designer to the Republican National Convention.

His infatuation with design began at an early age. One day while walking home from school, he strolled past a flower shop and became hooked.

“I walked by this flower shop and was really taken in by the kaleidoscope of colors and flowers, and I just started hanging out there after school,” he says one afternoon from his studio.

The man who owned the flower shop told his co-worker that she should “put that pain in the ass kid to work.” At that point, he started to make bows and flower arrangements.

He got his vendor’s license when he was 14 and started making flower arrangements for proms and homecomings.

“A teacher at the high school had me making hand-cut silk roses for the seniors at graduation time, and I would do flowers for the church,” he says. “I began doing small weddings at that point.”

He went to college in Cincinnati, where he studied architecture, and then lived in Budapest for a few years. He returned to Northeast Ohio and would eventually open a retail shop but gave that up to focus on decorating and designing events.

His first big event was for the Holden Arboretum, and shortly after that, he threw a Great Gatsby-themed party for a local socialite.

“That was the first time I had met someone like that,” he says of the Gatsby party. “I walked through her door in Shaker Heights, and it seemed like it was three stories high.”

Fifteen years ago, he moved into the warehouse he now occupies, and that’s when he started collecting the various arbors, urns, custom-built bars and candlesticks that he now owns.

“I would scour the Internet for things,” he says. “As I look at it, I had the opportunity to work with a clientele and people who appreciate and look for beautiful and unique opportunities to entertain their friends. As I’m leaving the business, people tell me that they’re at a loss because they trusted me. If I had this idea, as far-fetched as it would be, they believed in it. That allowed me to create it and design it and have it built. I couldn’t afford to throw parties like that for myself.”

He says last year was one of his most profitable years, but he intends to leave it all behind to open a high-end, religious goods store in Budapest.

“It’s going to not just be relics but spiritual things too,” he says. “I’m very much a nature buff, so I intend to sell some things in related to nature too. I adore seascapes. I plan to include those types of things as well. I’m looking forward to it because I think it will be the antithesis of this in the sense that this is high stress and of the moment, and it weighs heavy. I’m looking for something that involves more solitude. I want to be able to breathe the air.”