Second Rotation of 'Shinto: Discovery of the Divine in Japanese Art' To Open on Thursday at the Cleveland Museum of Art 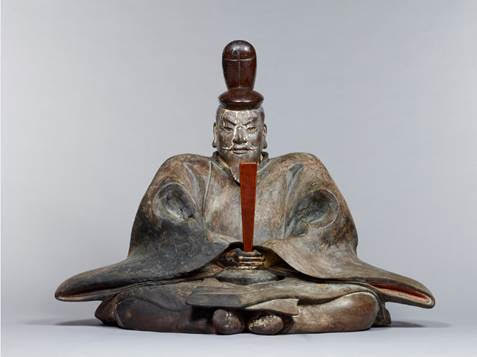 Earlier this year, the Cleveland Museum of Art opened its latest exhibit, Shinto: Discovery of the Divine in Japanese Art. But because the works may be shown for no more than several weeks each year to help preserve the artwork and because of light sensitivity issues, the museum couldn’t put the entire exhibit on display.

On Thursday, the museum will reopen the exhibit with the added pieces (meaning many pieces will no long be on display). Nearly half of the works on view during the first rotation will be replaced with entirely new works for the second rotation.

A major international loan exhibition that's exclusive to Cleveland, Shinto features different media — calligraphy, painting, sculpture, costume and decorative arts — assembled from Japanese and American museums, Shinto shrines and Buddhist temples. The exhibition includes artworks that are “an expression of the everyday engagement of people with divinities in their midst” and includes items never before seen outside Japan and a significant number of works designated as Important Cultural Properties by the Japanese government.

Tickets purchased during the first rotation that ran from April 9 to May 19 can be redeemed to view the second rotation for free. Ticket holders should present their original tickets or order confirmation receipt on-site to redeem. CMA members receive free admission and do not need to present their previous ticket for entry.