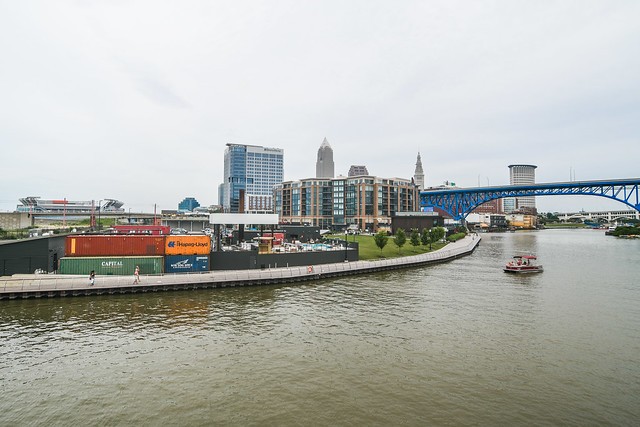 COLUMBUS, Ohio - A federal program committed to improving the health of Lake Erie and the other Great Lakes is moving into its third phase. The Great Lakes Restoration Initiative follows five-year action plans and is taking public comments through tomorrow on its proposal for Phase Three.

Rick Graham, a board member with the Lake Erie Foundation, explains that since its launch in 2010, the initiative has spurred projects that have benefited the lakes by reducing toxins, restoring habitat, and preventing the influx of invasive species.

"Water is so important to our state, for health, for jobs, for opportunities for our future generations," says Graham. "I think water may be the resource that is most limited in our future especially if they keep violating it the way we are with different kinds of pollution."

Phase Three will continue the work of the initiative's priorities, including safe water for recreation and drinking, keeping fish safe for consumption, and the restoration of a healthy ecosystem. The plan is expected to be in place by October.

Phase Three includes a focus on delisting Areas of Concern, which include the Cuyahoga River and Maumee River in Ohio.

So far, four of these so-called "toxic hotspots," have been delisted, and Director of the Environmental Protection Agency's Great Lakes National Office Chris Korleski says the actions have been completed for eight more.

Korleski encourages Ohioans to review the Phase Three plan, and offer their opinions.

"If someone says, 'Well, they seem to be overlooking this,' or 'I think they've got their priorities a bit out of order,' then certainly those are comments that we would welcome," says Korleski. "This is just an opportunity for the Great Lakes public to provide their two cents, which is extremely valuable."

Congress has invested more than $3 billion on roughly 4,000 restoration projects over the past nine years. A 2018 study estimated that every federal dollar spent on the initiative's projects in its first six years will result in roughly three dollars in additional economic activity for the region through the next two decades.