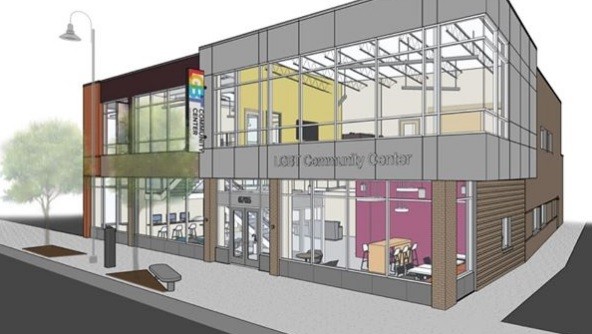 After officially announcing plans to move to a new facility in Gordon Square back in 2016, the LGBT Community Center of Greater Cleveland is finally landing in its new home at Detroit and West 67th in just a couple weeks.

In honor of the move to the sweet new digs — think a modern aesthetic with an open-concept exterior and interior that includes tons of room for public and private events alike — the non-profit has put together a house warming wishlist on Gooddler to help them through the transition.

"Your gift will make it possible for our programs & groups to thrive," the community center explained on the donation page (which can be found right here).

Needed items include cleaning and cooking supplies along with video games and storage systems.

The LGBT Community Center of Greater Cleveland is closing to the public May 27 to June 3 for the move. They plan to reopen June 4, with the official ribbon cutting and building open house going down June 14.