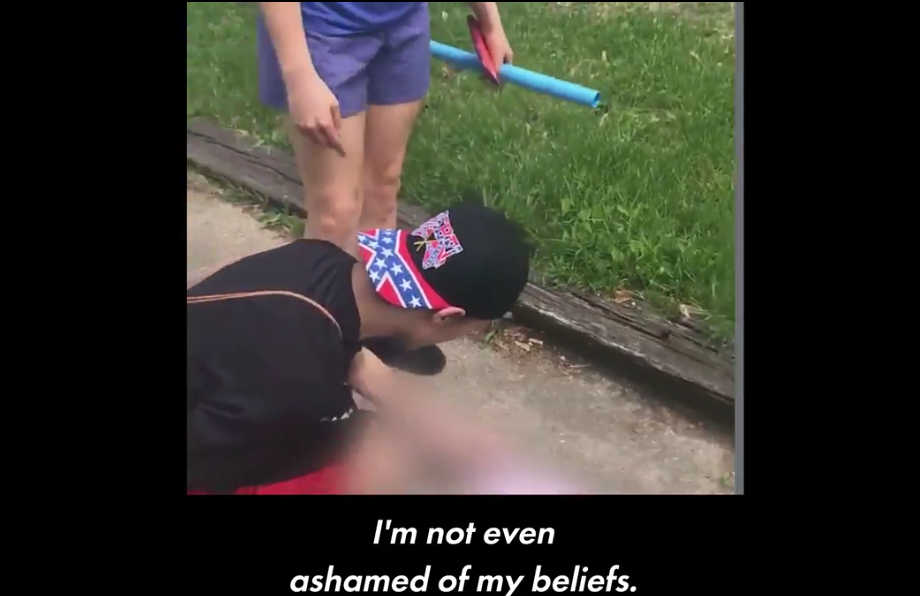 You might have missed this little clip and story over the long Memorial Day weekend, but a Barberton gas station owner came upon a group of kids recently who wrote the n-word on a sidewalk with chalk. Shaun Jaber asked them to cover it up and kindly reminded them, while recording a video that obscured their faces since they are minors, what an absolute disgrace their actions were.

One of the boys, white, of course, is seen sporting the finest in Confederate flag hats. (Remember, it's heritage not hate! Except when it's literally about hate.)

A teen girl, who is mostly off screen for the duration of the recording, responds to Jaber's insistence that they should be ashamed of themselves by saying, "I'm not even ashamed of my beliefs," and, "I'm not the only one who says it."


"If someone would have seen that, I didn’t want problems in the community," Jaber told WKYC. "Barberton is a small city and we are all together. We don’t want that hate."

Except for their parents, who are probably proud.