by Alexandra Sobczak and Evey Weisblat 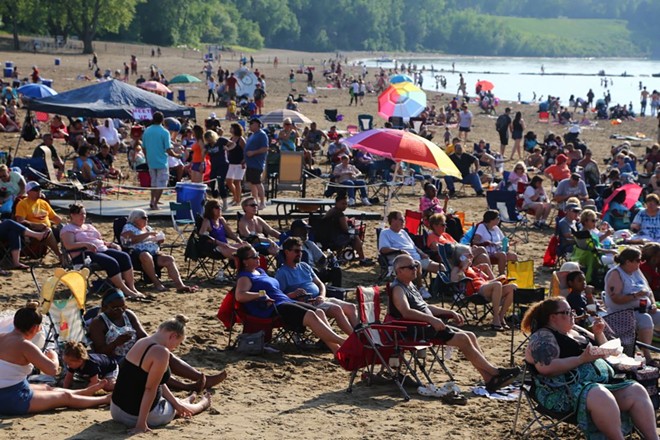 Delay your plans to swim at Edgewater Beach, at least until the Northeast Ohio Regional Sewer District has removed a public advisory to keep out of the water. Turns out Lake Erie was once again contaminated with raw sewage and storm water overflow during yesterday's rainstorms — an extra 142,600 gallons of the combination.

The last two incidents of sewage overflow at Edgewater during "recreation season" occurred almost three years apart, in June 2015 and last August, respectively. This is actually a significant decrease in outfall since the mid-1970s, when raw sewage at Edgewater discharged into Lake Erie around 40 to 50 times per year.

Luckily, the sewer district has plans to reduce instances of overflow into Lake Erie and other area waterways. Project Clean Lake, a 25-year, $3 billion capital improvement plan established in 2010, is set to reduce sewage outfall through the construction of large storage tunnels designed to intercept combined sewage.

In addition to the two tunnels already in operation, three new tunnels are currently under construction, the sewage district reports.

Today's Lake Erie advisory is especially pertinent for children, older adults and anyone in “ill health,” the announcement said.