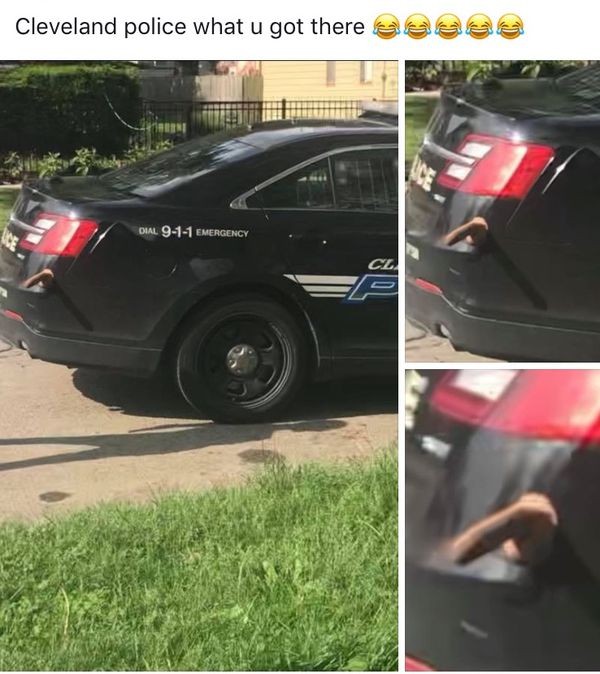 There isn't much more to the story than that, but the scant details...

Cleveland.com reports that the department is investigating, though that seems like a waste of time and effort.