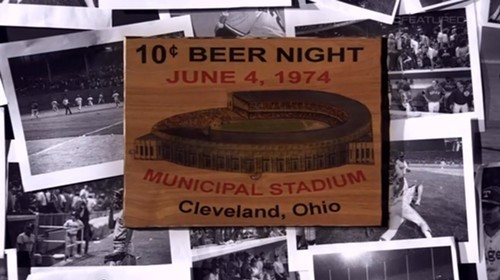 Today marks the 45th anniversary of the infamous 10-Cent Beer Night incident at Municipal Stadium back in 1974.

On that fine evening in Cleveland history, a crowd of 25,134 Indians fans pounded at least 60,000 10-cent beers and witnessed at least 20 or so streakers, nine arrests and plenty of drunken brawling on the field in a forfeited game against the Texas Rangers.

To mark the 40th anniversary five years ago, ESPN's Bob Golic paid tribute to the event with the following segment.

Watch the whole video below:

Surprising no one, the Cleveland Indians are not paying homage to the 45th anniversary of the fiasco at tonight's home game against the Twins.

Catch an entire transcript of the game called by Herb Score and Joe Tait right here.