For the past 10 months, Rafael Zaloshnja has been laboring to bring back the old building that long housed Palazzo restaurant. Last week, he officially unveiled the space to the public as the Palazzo (10031 Detroit Ave., 216-417-7005), an upscale Italian eatery.

The Albanian-born, Europe-trained chef has been in Cleveland since he was 20 years old, working at places such as Heck’s, Beachcliff Tavern and Luca. He purchased the building last summer.

The unique structure on the border of the Edgewater and Cudell neighborhoods began life across the street as the Spaghetti Grill. The business was purchased in 1947 by Palmina DiFilippo and her daughter Theresa, who opened Palmina’s. At some point, the building was relocated across the street to make room for an RTA station. In 1993, Carla and Gilda Carnecelli, grandchildren of the original owner, reworked the building into the Italian restaurant Palazzo. That restaurant cruised along until about 2002, when it closed.

“I’m an Eastern European and I’ve always loved that construction, so one day I decided that I’m going to take a chance,” Zaloshnja explained.

On the roster are traditional Italian appetizers like antipasti platters, wine-steamed mussels, ricotta-stuffed artichokes and frutti de mare. There are a half dozen pastas, from gnocchi arrabiata and fusilli Bolognese to veal-stuffed tortellini in cream sauce. Pizzas, like a Margherita and one with sausage, prosciutto and ricotta, are baked in the original brick oven that came with the keys. Hearty meat-driven mains include grilled pork chops, osso bucco, veal saltimbocca and duck in orange sauce. Homemade desserts include gelato, cannoli and crème brulee.

“I’m third-generation and in my experience, if you do good food and good service, people, no matter where you are, will come support you,” says the chef. “They’re going to give you a chance, at least, and if you’re smart enough, you can keep them.” 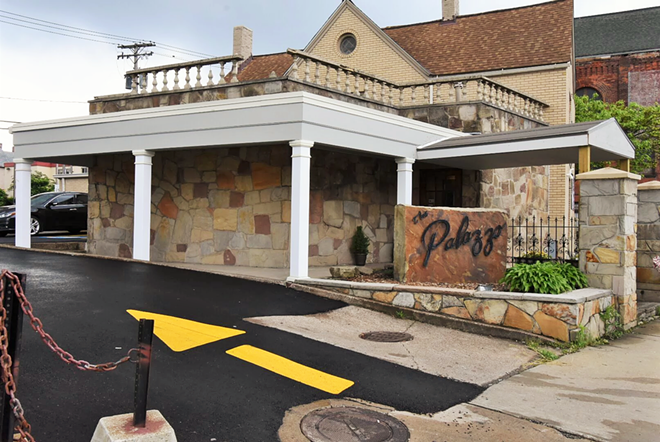