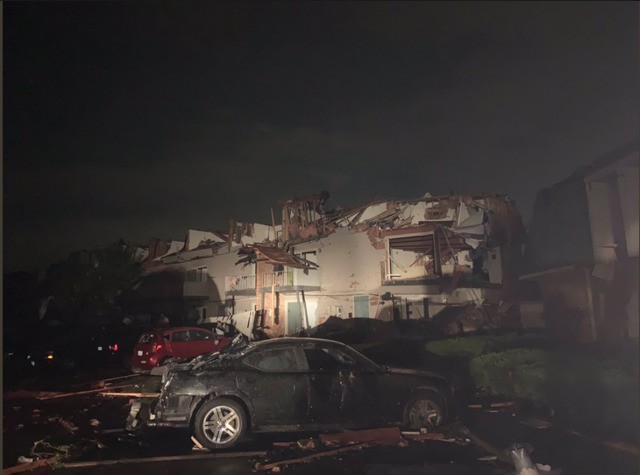 The damage caused by 21 tornadoes that tore through Ohio two weeks ago is more than state and local governments can handle on their own, Ohio Gov. Mike DeWine said yesterday as the state requested help from the Federal Emergency Management Agency.

Those storms left one person dead and dozens injured and resulted in at least temporary power outages for an estimated 70,000 people. Some, including those in Dayton, were also left without access to running water, forcing the state to transport and distribute about 50,000 gallons of water in addition to that supplied by volunteers and charitable organizations. Roughly 1,800 buildings across the state were damaged, and 500 were destroyed completely, according to state officials.

“There is widespread devastation throughout the impacted counties,” a 30-page report from DeWine's administration to FEMA reads. “Homes, entire apartment complexes, and businesses have been destroyed. Power transmission and distribution lines were heavily damaged, with peak power outages in excess of 70,000. Some areas are still without power.”

FEMA hasn't responded to the request for help yet.

“We’re outlining the magnitude of this disaster and asking for assistance from the federal government for individuals,” DeWine told media after a tour of a damaged manufacturer near Dayton. “It will be up to the Trump administration and FEMA to decide whether or not this is granted.”