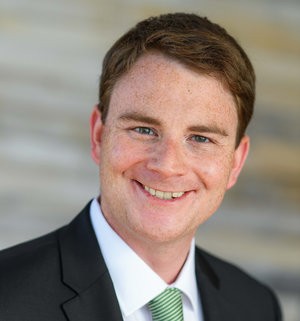 O’Leary’s council term will end in December of this year, so losing the mayoral election would also mean the loss of his elected position.

In emails revealed to Scene, it appears that O’Leary not only submitted his endorsement questionnaire after the party's stated deadline, but did so after the materials of his opponent, Meghan George, had already been circulated.

According to a party executive committee member, the materials were due on Wednesday, June 12th at 6:00 p.m. O’Leary’s questionnaire was not circulated until Friday afternoon, with the endorsement meeting less than 25 hours away.

It's early in the year to receive endorsements, particularly because in many cities, the filing deadline has not yet passed. In other words, more candidates might still be in the running.

Indeed, according to the Cuyahoga County Board of Elections, petitions can be filed up to 72 days before the primary or general election. However, according to the Lakewood city charter, candidates must file their declaration of candidacy no later than 90 days before the election. That means that as of June 12th at 4:00 p.m., any candidate that would like to run for Mayor of Lakewood would have had to file.

Ryan Puente, Executive Director of the Cuyahoga County Democratic Party, told Scene that the June deadline was requested by the Lakewood City Leader, Karolyn Isenhart. Puente also told Scene that the endorsement decision was made by the appointed and elected members of the Lakewood Executive Committee. (Despite this, emails reveal that the candidate materials were also sent to the CCDP Chair Shontel Brown and CCDP Vice Chair/Treasurer Rudy Stralka.)

With the County Dems’ endorsement deadline at 6:00 p.m., it's possible that they were interested in a quick endorsement turnaround for the primary election.

But, here’s the thing: There isn't going to be a primary election in Lakewood.

Perhaps the Cuyahoga County Dems waited until the June 12 deadline to collect all information on possible candidates for Lakewood mayor, in anticipation of a primary election in September. It’s also possible, and perhaps likely, that Cuyahoga County Dems rushed to support O'Leary, thus giving one candidate several additional months to campaign with the endorsement.

Why does it matter how long a candidate can campaign on an endorsement?

Because endorsements can be crucial to the success of a campaign. According to Dr. Andrea Benjamin, Assistant Professor of Political Science at the University of Missouri, endorsements are powerful because 1) they allow the voter to do little additional work, since the party is determining the best candidate, and 2) the endorsement group will do a lot of heavy lifting on behalf of the candidate. The endorsement group will likely provide marketing and promotional materials as well as a volunteer network.

Indeed, in her work in Durham, NC, Benjamin found that candidates were, “running two elections — they would run an election for the endorsement and then run an election to win.”

It should be noted that O’Leary’s 2017 campaign finance report includes donations from Cuyahoga Dems Vice Chair Cindy Marx and Chair Shontel Brown. Expenditures include a $525 payment to the Cuyahoga County Democratic Party and an in-kind donation amounting to $235.34 to Friends of Cindy Marx.

In response to Scene’s request for comment, George told Scene that, “The support the residents have shown me since deciding to run for Mayor of Lakewood has been tremendous. That is the endorsement that matters most. I plan to continue to show the entire community that they are my top priority. My job is to make my case directly to the residents from now until election day. Once elected Mayor I look forward to working with all Democrats and with all residents in the City of Lakewood.”

O’Leary has not responded to Scene’s request for comment.