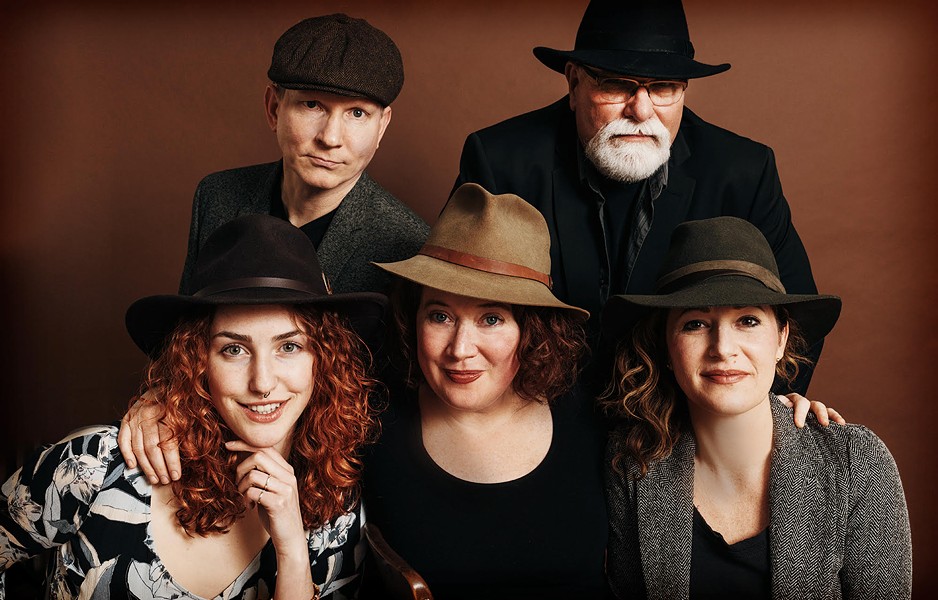 “Working with Maura Rogers and the Bellows was wonderful,” he says in a press release. “This group shines on camera, living every moment of their performance, and they brought a pretty great dog to work with too. The video we shot for ‘June’ was so much fun to produce. I believe it will accompany this extraordinary song well and really capture the essence of the summers we soak up every ounce of."

Accordion player Meredith Pangrace recruited her undeniably lovable dog Jackson to star in the video which aims to show "the value and joy dogs can have being outside-the fresh air, the sunshine, the exercise."

"The decision to make a dog the main character of their video was an easy one for the band because Jackson has been with the band since its origin, attending rehearsals and and lifting the spirits of the band members through good times and bad," says Pangrace.

The group also felt that supporting a local non-profit focused on dogs and their well being was important, so it connected with Friends of the Cleveland Kennel (FOCK), an organization whose mission is to "provide necessary medical, enrichment, and comfort care to animals at Cleveland Animal Care and Control and offer resources to the Cleveland community in order to reduce shelter intake and improve the wellbeing of animals."

The band will donate all the proceeds from ticket sales from Thursday's show at the Beachland Tavern, where it opens for the Vandoliers, to FOCK. The Beachland Ballroom and Tavern and Dogfish Brewery will also donate $1 for every Dogfish beer purchased at the show so be sure to get a 60 Minute IPA or two if you go to the show.