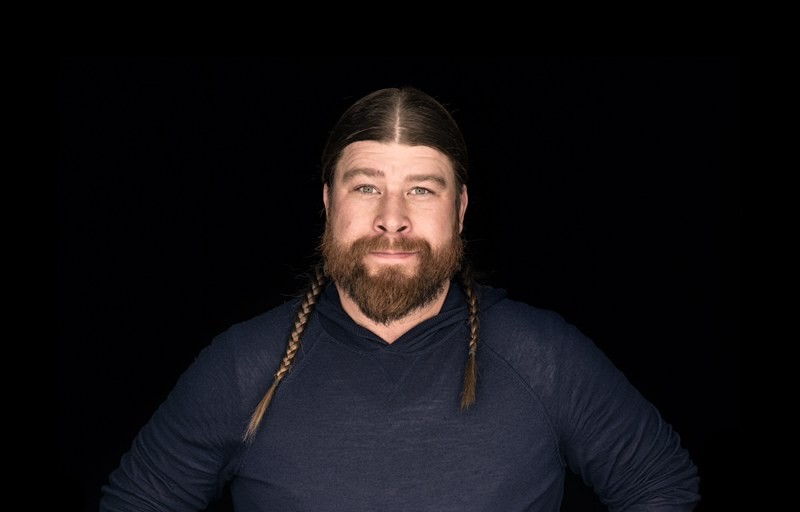 Jonathon Sawyer has been pretty tight-lipped about his forthcoming projects, but the James Beard Award-winning chef is ready to go on the record about a pair of distinct concepts that will be rolling out in late summer/early fall in two separate cities. Sawyer’s presently is taking shape at the Van Aken District in Shaker Heights while SeeSaw is coming together in the Short North neighborhood of Columbus.

“Where Sawyer’s and SeeSaw have commonality is what we’ve learned and loved at Trentina, where I think we were doing the best food that we’ve ever cooked,” the chef says about his now-shuttered fine-dining spot in Cleveland. “What we were doing with wood-fired cooking there was really unique, I think, and really unique to us.”

Both kitchens will be anchored by custom-built grill suites that will be fueled by wood and charcoal. The live-fire rigs will have multiple cooking zones that can deliver everything from searing heat to gentle smoke. Sawyer can roast root vegetables buried deep in the ashes while cold-smoking fish high above the coals. Dripping juices from roasting meats will rain onto the embers, creating a tempest of smoke that seasons everything in sight.

“Wood-fired cooking makes the simple food that we like to cook taste even better,” Sawyer says. “The customers can see and smell the wood fire before they even taste and enjoy the food. The theater of it all helps create the experience.”

Sawyer’s (3386 Tuttle Rd.) at Van Aken is like “a more polished” version of Greenhouse Tavern, he reports, with more vegetarian and seafood dishes. At just 80 seats, the space is small, sharp and exquisitely tailored in white tile, burnished copper and polished concrete. A central dining platform will offer guests seated at leather banquettes views of both the grill space and green space outside. In one corner, a 12-stool white terrazzo-topped bar holds court while additional seating rings the room. As at Greenhouse, there will be “kitchen seating” just feet from the line.

A rooftop cocktail bar, which will open after the restaurant, will have its own identity, drinks list and food menu, says Sawyer.

In Columbus, Sawyer is teaming up with FWD Hospitality Group (in partnership with the Tribe's second baseman Jason Kipnis) to open SeeSaw (906 N. High St.) in the former RAM Brewery space in the Short North. The two-level, 9,000-square-foot structure is only two years old.

“The building has great bones,” Sawyer reports. “It’s essentially a freestanding building with a private rooftop.”

After extracting millions of dollars’ worth of brewing equipment, relocating the bar and pouring a new floor, the space is nearing completion. Once the dust settles, the restaurant will seat 200 indoors with room for more outside. Sawyer describes the concept as “Greenhouse Tavern goes to college,” with a mix of classics plucked from both that eatery and Trentina making the trip south.

“The menu will be super veg-heavy, small plate-focused,” he explains. “The goal is to have more than half of the menu be sharable items that will come out when it’s perfect.”

Team Sawyer is in the process of signing a culinary team that will include a seasoned chef de cuisine, sous chef and pastry chef. “There’s an embarrassment of talent down there and being the new kid on the block helps,” he states.

For years there have been rumors swirling about Sawyer planting a flag in Columbus. It's taken this long simply because he has been on the hunt to secure the ideal project.

“We’ve been dying to do something in Columbus,” he admits. “The city is two decades younger than Cleveland on average, and you see it in the dining population.”

Sawyer says diners in that city tend to eat lighter and later and they lean liberal, meaning they are more receptive to vegan, vegetarian and plant-focused fare.

For now, the goal is to have SeeSaw open its doors in July or August with Sawyer’s following in August or September.

After a decade in business, the Greenhouse Tavern (2038 E. 4th St., 216-443-0511) still is merrily rolling along, notes Sawyer. He hopes to give “the old ship” a major renovation in the near future. Customers at all Team Sawyer restaurants present and future will be seeing more of the exuberant chef, he promises, as his priorities are shifting in the right direction.

“I want to get back to just cooking food and not being the CFO, and to building concepts that are simple and relatable,” he says.

And just to set the record straight, the name Sawyer's was chosen over the chef's objection. His choice of Cardoon was unanimously vetoed.