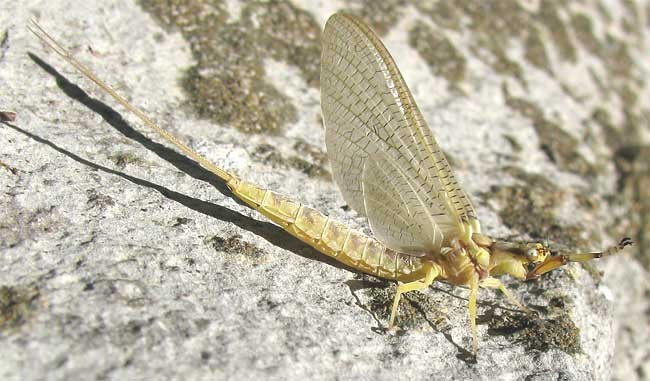 Mayflies, like all flying insects, see a light and can't help but buzz in that direction. And Saturday night, one Ohio Division of Wildlife worker found out the hard way that mayflies are more than back in business in Northeast Ohio.

Nearby Catawba Island State Park, about an hour and 20 minutes west of Cleveland, a group of technicians were bombarded by thousands of the little buggers after turning on flood lights to do their work.

For the last week or so, just hatched mayflies have been a nuisance in Northeast Ohio, even showing up on local weather Doppler radar.

Not rain... but MAYFLIES on the radar tonight out near the islands! pic.twitter.com/eZAGqJBTYz

Just like midges, mayflies are annoying, that can't be denied. But they should be getting out of here (read: dying) shortly. It makes sense that you'd want to send them to an early death, but know that squishing them will only emit funky odor.

In the meantime, realize the harmless beasts don't actually do anything to humans, but are actually a good thing in helping maintain the health of Lake Erie. It's all going to be OK.