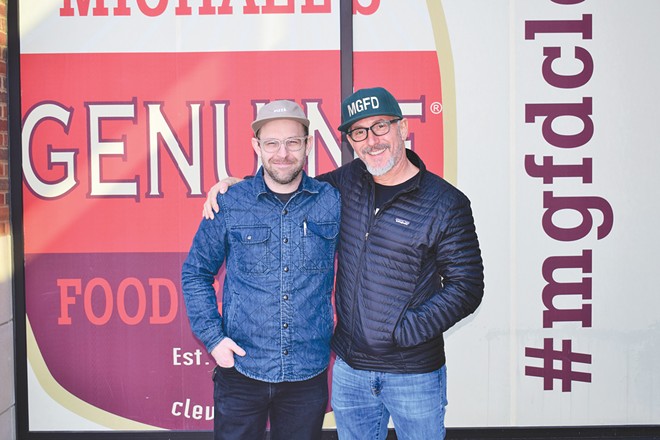 After less than three months on the job, chef de cuisine Vinnie Cimino is parting ways with his employer, Michael’s Genuine (3427 Tuttle Rd., 216-230-8022). Since opening in April, the buzzy bistro at Van Aken District in Shaker Heights has been awash in both customers and positive reviews, including one from this magazine. But now, the search is on for another top chef as Cimino will be out the door in two weeks.

There is no doubt that chef-owner Michael Schwartz will find a qualified replacement, but a quick scan of the job boards reveal a dozen listings for chef positions at high-profile restaurants in the area. A real and pressing labor shortage in the hospitality industry is causing untold headaches for operators and diners alike.

Cimino called the move a "mutual separation," but gave no clues as to his next move.

"We are grateful for Vinnie's hard work and talent that helped us get off to such a great start in Cleveland and know he'll go on to do great things," Genuine Hospitality Group said in a statement. "As we look for a replacement we are busy with the summer season upon us and excited about things to come in Van Aken."

It’s worth pointing out that Jonathon Sawyer, for whom Cimino worked at both Greenhouse Tavern and Trentina, is gearing up to open restaurants in Columbus and about 100 yards away from Michael’s Genuine at Van Aken District. Sawyer's, as the Van Aken District eatery will be called, is a mere months from opening day.