United We Brunch discounted tickets are moving fast. Don't miss out on this deal!

As the All-Star Game Goes on Without Chief Wahoo, Local Groups Say They'll Continue Pushing for Indians to Change Name 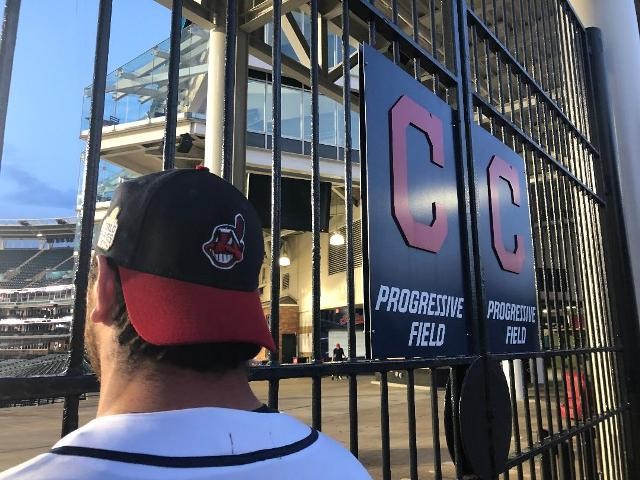 CLEVELAND, Ohio - The baseball world will be focused on Cleveland today as the city hosts the Major League Baseball All-Star Game.

But a familiar face to Cleveland baseball, Chief Wahoo, won't be on the field for the festivities. The team dropped the controversial logo from its uniforms last fall, although the Chief's cartoonish face will surely be plastered on shirts and hats, in the stands and outside of the stadium.

The Cleveland Indians officially erased Chief Wahoo from the players' jerseys and hats ahead of their 2019 season, and removed all signage from Progressive Field that portrayed the Wahoo logo. With the full rebrand underway, the team now sports the basic, red "Block C" logo.

Wahoo's removal stems from pressures by the Cleveland American Indian Movement, as well as MLB Commissioner Rob Manfred. Despite hesitation from the team's ownership, both remained instrumental in campaigning to remove the image that many Native Americans feel is harmful and racist.

The Cleveland Indians organization would not comment for this story, outside its original statement that Wahoo would be removed from the uniforms in 2019 because of "ethical issues" surrounding the mascot.

Sundance, a member of the Muscogee tribe and the executive director of the Cleveland American Indian Movement, explained that his organization will continue to protest the use of the "Indians" team name and continued licensing of the Wahoo logo.

"I am happy that Major League Baseball took notice of us after a half century. But that's a half century too late," Sundance said of the logo's removal. "It should have been stopped before it started."

Although banned from the field, the team still holds the trademark to Chief Wahoo, and the licensing for his merchandise sold outside Progressive Field. Sundance described this situation as "problematic, exploitative and obscene."

The team still makes money from Wahoo's likeness, profiting from such retail establishments as Rally House using the logo on gear. In order to keep the trademark rights, the MLB and the Indians organization are required to prove some sort of retail presence.

"Quite frankly, it is basically to make money," Sundance said.

Thompson's business, Vern & Ozzy's Sports, and other retailers stocked up on Wahoo gear in anticipation of the logo's removal.

For Thompson and other merchandisers, the controversy creates a monopolistic opportunity. Since Wahoo is no longer available from the Indians' MLB Shop, other retailers are striving to create a surplus of Wahoo merchandise, which they hope to sell at a premium for years to come.

Sundance isn't the only person who disagrees with the ethics behind all of this. Indigenous people have protested in front of Progressive Field and Jacobs Field for decades.

Sundance thinks one protest sign in particular caught the attention of the MLB.

"It meant that they were paying attention," Sundance said of the Wahoo's removal. "Especially once we were using the sign that said, 'A Dollar Spent on Major League Baseball Equals a Dollar Spent on Racism.'"

He added that his group believes the removal of the Chief Wahoo logo from the field was merely a public relations tactic used by Major League Baseball and the Cleveland Indians to keep themselves safe from bad publicity, not to engage with indigenous people.

He said they will continue to protest profiting the logo, and to focus on to changing the team name.

"The logo is offensive, but no less exploitative than the name," Sundance said.

So far, neither the Indians organization nor the MLB has shown any movement toward a name change. Retailer Thompson believes they understand the negative effect that a name change could have on their business.

And Thompson doesn't believe fans will give up Chief Wahoo.

"Chief Wahoo is an icon in Cleveland," he explained. "It's just something that people always love and always buy. I don't see that going away, ever."