Beatles vs. Stones Concert Coming To the Kent Stage in September 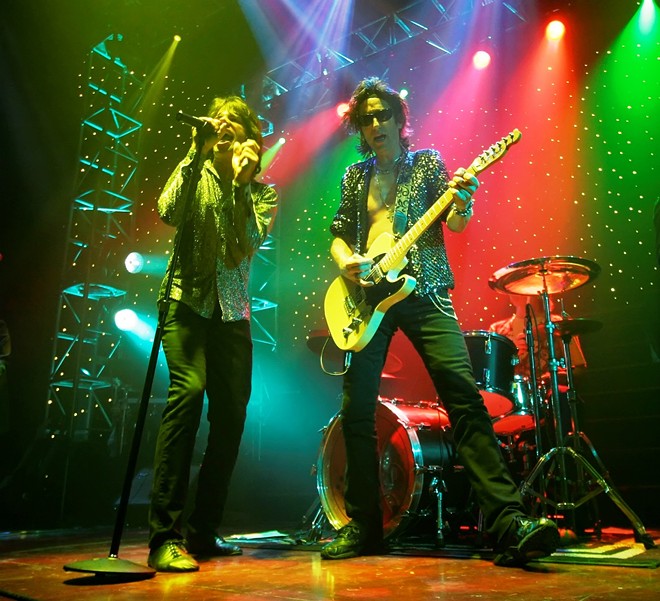 A debate about whether the Beatles are better than the Rolling Stones has been going on ever since the two British acts first landed on the charts half a century ago.

At 7:30 p.m. on Wednesday, Sept. 18, at the Kent Stage, the tribute bands Abbey Road and Satisfaction will engage in a musical showdown and respectively play songs by the Beatles and Stones.

“Music fans never had a chance to see the Beatles and the Rolling Stones perform on the same marquee,” says Chris Legrand, who plays Mick Jagger, in a press release about the concert. "Now, music aficionados can watch this debate play out on stage.”

The production includes some of the bands' more popular songs and covers the scope of their musical careers.

"[The Beatles] certainly have more pop songs, but we're a really great live show. The fans are in for an incredible night of music!" says LeGrand.

During the two-hour show, the bands perform three sets each, trading places in quick set changes and ending the night with an all-out encore. The band members have their outfits custom-made to look the part.

“Without Beatlemania, the Stones might still be a cover band in London,” says Chris Overall, who plays Paul McCartney. “There’s no question that the Beatles set the standard.”