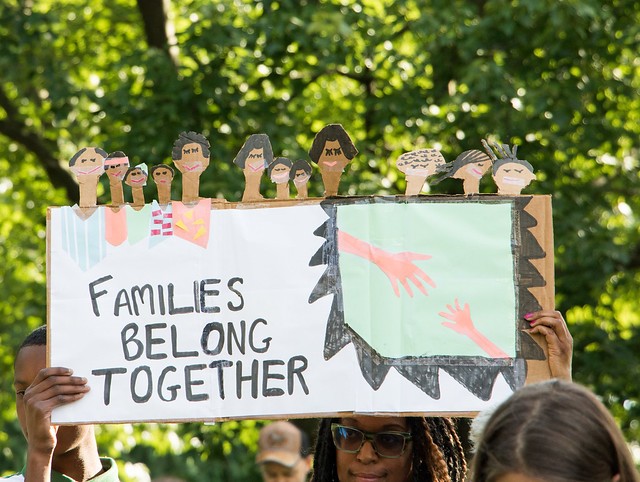 CINCINNATI - Protests against conditions in detention centers at the U.S./Mexico border take place in Ohio and across the nation today.

A steady stream of details from the border is mobilizing people to call for immigrant detention centers to be shut down in "Lights for Liberty" vigils. In June, a team of doctors and lawyers visited these facilities and reported such conditions as lack of access to basic hygiene and nutrition.

Organizer for Lights for Liberty-Cincinnati Lisa Gregg says they'll be holding a peaceful protest and vigil highlighting the loss of life resulting from current immigration policies.

"We are going to carry candles, headstones, signs that bear the names of the people who have died in ICE detention since 2016," says Gregg. "And crosses that have some people from Latinx countries who have crossed the desert or died on the border."

Vigils are scheduled in more than 600 cities, including Cincinnati, Cleveland, Columbus, Dayton and several other Ohio cities. Lights for Liberty organizers describe their goal as to "end concentration camps," a controversial term Vice President Mike Pence and others believe is too extreme.

Gregg says it's crucial to note these are peaceful events, as many asylum seekers don't feel safe and are concerned about sharing their stories publicly.

"We are going to have some refugees speaking in a sanctuary church so they feel comfortable enough to speak," says Gregg. "We even have Mauritanians coming, because a lot of Mauritanians are escaping slavery in Northern Africa, and they are coming up through Central America to the border."

ICE agents are poised to raid the homes of immigrant families starting Sunday, after a delay from President Donald Trump to see if Congress would approve more immigration funding. An ICE official has said this week there are about one million people in the U.S. with removal orders.

Gregg says local immigrants are justifiably worried about their safety.

More than 52,000 immigrants were in federal custody as of May, and at least six children have died in custody, or shortly after their release, since September.