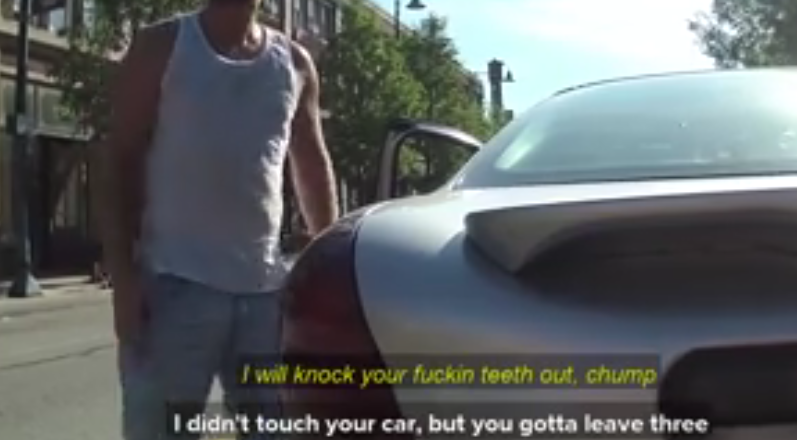 In video that has now been widely shared on social media, a local cyclist named Tyler captured his interaction with a super well-adjusted and not-at-all-enraged driver on Detroit Ave. in Gordon Square.

Tyler had been heading east on a section of Detroit where there is no bike lane, just street parking. Cycling along, sharing the road as the law allows, he was passed by a driver who clearly did not obey the law that says cars need to give three feet clearance to cyclists while passing. When they arrived at a red light at West 65th, Tyler took the opportunity to tell the man he didn't give him enough space, which precipitated a scary conversation as the man exited his car and told him he'd knock his teeth out, that he should have been (?) cycling in the parking spots (?), and generally displayed an utter lack of understanding on the laws of the road.

"This is a camera recording everything you just said."

"This is a dick," the gentleman replied, "suck it."

Check out the video here.

Councilman Matt Zone and the Cleveland police have both since responded to Tyler promising a followup. As anyone who bikes around Cleveland knows, this isn't an isolated incident, even if they're more often subjected to hollers of, "Get off the road!" through open windows instead of face-to-face.