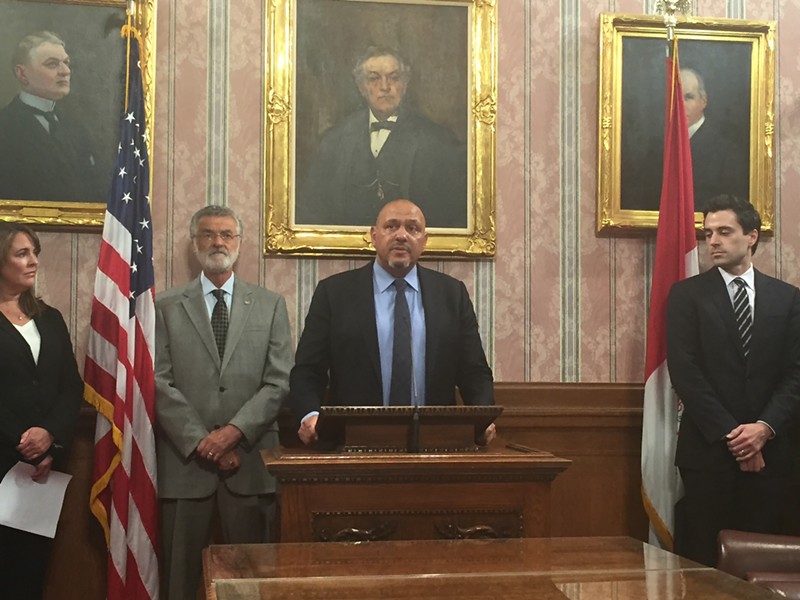 City officials and the Cleveland Consent Decree monitoring team announced Wednesday that lead monitor Matthew Barge will be assuming a smaller role. Deputy Monitor Hassan Aden will be taking over the top position. He also currently serves as deputy monitor for a consent decree in Baltimore.

At a City Hall press conference Wednesday afternoon, Barge said that he would be moving to California with his husband and could no longer pledge to be in Cleveland as often the position required. He will continue on the team as a subject matter expert. He thanked the city of Cleveland and its stakeholders for their cooperation and their commitment to reform.

"There's still a tremendous amount of work to be done, but there's been a tremendous amount of progress," he said. "It's been an honor and a privilege to serve at the helm of a team that remains second to none. Many people have asked and will continue to ask: 'Why are we doing this?' 'Isn't this done yet?' What I've said before is, we are not consigned to be as we always have been. Together we can make Cleveland a better place to live, a safer community with a police department that works better for everyone."

Hassan Aden was celebrated by both Barge and Mayor Frank Jackson as a seasoned law enforcement professional who is intimate with the Cleveland settlement agreement. He has been deputy monitor since 2017.

Aden himself said he wanted to assure residents that Wednesday's announcement was merely a change in leadership. Nothing about the Consent Decree process would change.

"This change won't slow anything down," he said. "Quite the opposite. I think this has recharged the team. We're going to get back to work as soon as we're done with this press conference."

Aden said the Consent Decree is now at a pivotal moment, where most of the "in-the-weeds" policy creation has been completed. The next steps will be training and execution. He referenced officer training in both search and seizure policies and implicit bias.

"We're keenly aware of the work still ahead of us," he said. "There will be no interruption."

While the monitoring team was initially given a five-year timeline and a $4.95 million budget, Aden could not say with certainly when the work would be completed. "When we're in compliance," he said, "we're done."