Ohio City Burrito is Expanding to Lakewood Next Month 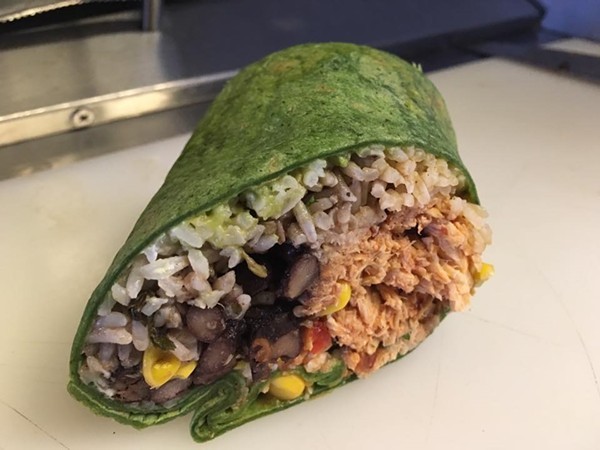 In the Cleveland area, the burrito is rightly held in high esteem. So the news that Ohio City Burrito — which has churned out affordable and satisfying missiles of goodness on West 25th for nearly a decade, as well as at a new downtown location since last year and at Progressive Field — is expanding to Lakewood shouldn't come as a surprise to anyone.

Co-owner Jeff Pizzuli, recently announced his restaurant is taking over the space formerly held by Namaste India Garden (14412 Detroit Ave.), with plans to open next month.

This is the chain's biggest space to date, offering tables for at least 40 patrons. The new spot also comes along with a beer license, which means local burrito/taco/salad lovers can also order up a brewsky along with their meal.

Ohio City Burrito is also currently looking for artists to help make the new spot feel homey. Find more information on that below:
Sign up for Scene's weekly newsletters to get the latest on Cleveland news, things to do and places to eat delivered right to your inbox.