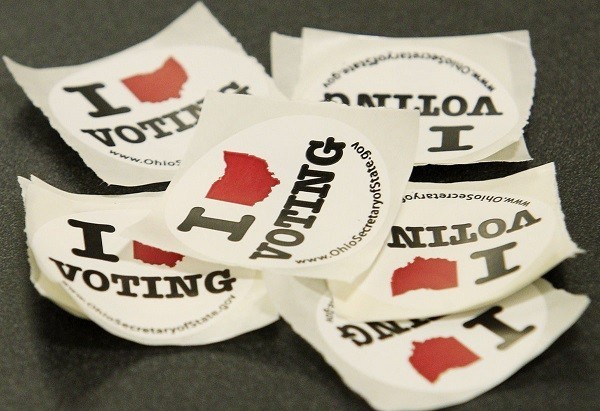 The majority of Ohioans oppose the banning of abortion after a fetal heartbeat and approve of universal background checks for gun purchases, according to a poll released yesterday from Quinnipiac University.

The poll also surveyed voters on their opinions of how Gov. Mike DeWine, Sen. Sherrod Brown and Sen. Rob Portman are doing in office, with overall approval ratings of 44 percent, 51 percent and 43 percent, respectively.

Despite the nearly unanimous agreement on background checks for gun sales — which includes the 87 percent rate of support from gun owners — Ohioans’ opinions on stricter gun control laws remain divided with 48 percent in support and 46 percent opposing.

Overall, the poll finds that Ohio voters are divided based on political ideology in their support for issues, except in the case of background checks for gun purchases, which is relevant as there has been some debate over whether Ohio should still be considered a swing state.

More than 1,430 Ohio voters were surveyed on landlines and cell phones to determine the results of the poll, with a margin of error of +/- 3.2 percentage points, according to Quinnipiac University. You can view all of the results by category here.

This report comes on the heels of another Quinnipiac University poll this week, which found that Ohioans are more likely to support Joe Biden over President Trump in the 2020 presidential election.