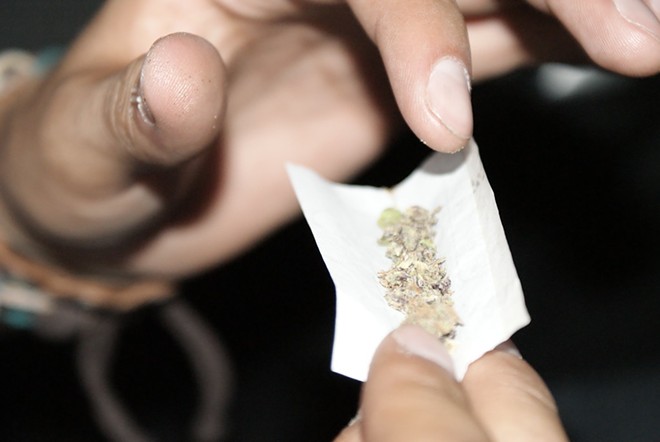 Following in the steps of Akron and Columbus, Cleveland is considering legislation that would eliminate penalties for charges related to growing, possessing and giving out marijuana.

Ward 6 Councilman Blaine Griffin told local news outlets that he proposed the bill with the hope of reducing the city's excessive incarceration for minor offenses and giving people a chance to move on with their lives. He cited racial disparities as another contributing factor, noting that African-Americans are four times more likely to be charged with a marijuana-related crimes than their white counterparts.

"I do believe if people have small amounts of marijuana in their possession that they shouldn't be criminalized," Griffin told Fox8. "We should look at this similar to what we look at with a traffic ticket — that we actually try to give them an opportunity to rectify their situation."

The ordinance would not affect penalties accrued from selling, distributing or trafficking the drug. Nor would it clear the records of those previously convicted with marijuana charges. It would, however, lessen the impact of most possession charges — namely, through eliminating fines and penalties for possession of 200 grams of weed or less.

Under the current state law, those found with less than 100 grams
are charged with a minor misdemeanor that includes a maximum fine of $150. Those caught with 100-200 grams are convicted with a fourth-degree misdemeanor, which comes with a fine of up to $250 and a maximum of 30 days in jail. Griffin's ordinance would kick these charges to the curb.

The legislation, if passed, would also eliminate penalties for giving someone 20 grams of weed or less, unless it occurred near a school or a child. Finally, it would get rid of fines and penalties related to growing marijuana, currently a second-degree misdemeanor with a maximum fine of $750 and up to 90 days in jail.

Before it can be put to a vote, Griffin's proposed legislation will be evaluated by the council’s Safety and Finance committees. Since council is currently on summer recess, with only one meeting before Labor Day, there's no telling when they will actually vote on the ordinance.