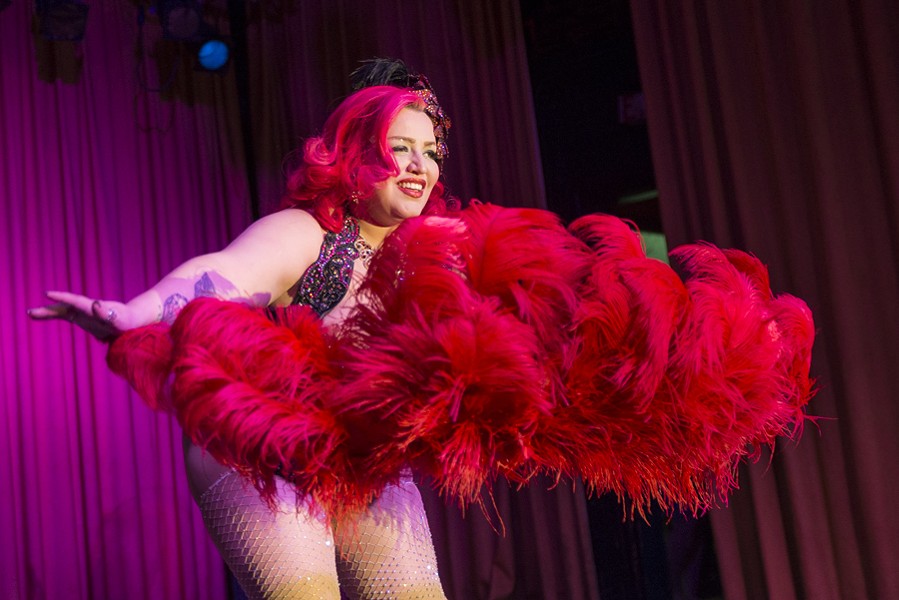 Cleveland photographer Bob Perkoski was drawn in by the sights of the first local burlesque show he shot back in 2013. Since then, the FreshWater Cleveland managing photographer has stunningly captured nearly-nude women and men in daring positions at more than 60 shows.

When the people at Ohio University Press came to Perkoski with an idea for a photo book about Cleveland burlesque in 2016, he jumped at the chance. He called upon then-managing editor Erin O’Brien at FreshWater Cleveland to write the captions.

After turning in the first draft, the publishers wondered if the book could be expanded, so O’Brien got to work researching, interviewing and writing. The result is the 196-page Rust Belt Burlesque, which came out officially July 10, and is being featured at the ninth annual International Ohio Burlesque Festival at the Beachland Ballroom that runs Thursday through Saturday.

The book is meant to not only showcase the history of the artform in Cleveland but also show how burlesque today is so much more open, celebratory and positive.

"When people think of burlesque, they think of sneaking into the Roxy [an old Cleveland burlesque hall], or that it’s kind of seedy," Perkoski says. "Anyone can come to these shows, you don’t have to hide. They are fun and creative. There is classic stuff but also new ideas and some of the shows are themed, like the annual Star Wars ones."

Cleveland Burlesque founder Bella Sin, who is featured heavily in Rust Belt Burlesque, is among the performers at the upcoming event, as are plenty of other talented dancers photographed for the book. Perkoski says that preconceived notions go out the window when people flip through its pages.

"I think people who may be afraid to go to a show will see that it’s not like a strip club," Perkoski says. "It’s diverse and body positive and Bella is big on that — anyone can get up the stage. It frees people up."

At this weekend's event, which is 18+, expect to see plenty of diversity, talent variety, rhinestones and drag queens. Tickets run between $10 and $60.

The book can be purchase at most online retailers as well as Visible Voice Books, Mac's Backs-Books and Loganberry Books. Find out more about the book at Ohio University Press.

A book signing and exhibit will take place at the next-door Space Rock Gallery from 6 p.m. to 8 p.m. before the Beachland shows, which begin at 8 p.m.

Get a taste of what to come below: 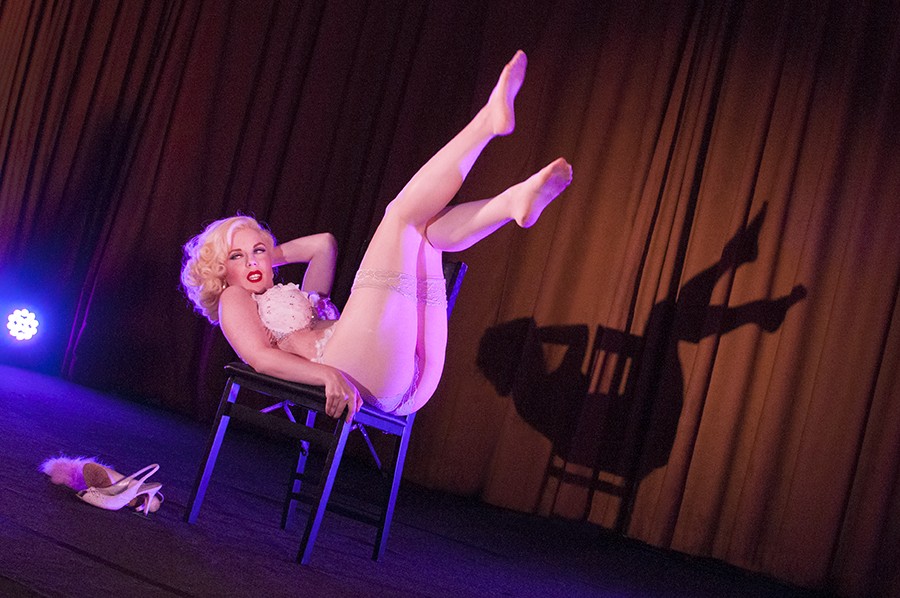