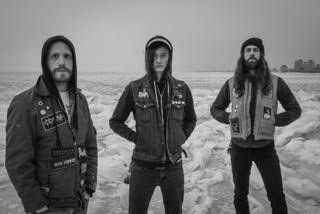 The album will come out on Friday, Aug. 16, while Pillärs is on tour with Philadelphia’s God Root, and the release party will take place that same day at the Happy Dog.

“We feel that this is a Renaissance summer for Northeast Ohio's heavy music underground, and the Pillärs/Wallcreeper split record is one snapshot of a new era of regional heavy music coming into focus,” reads a press release the band issued. “True enough, on this recording you will hear the influence of several bands that built this region’s reputation in the metal world — Ringworm and Integrity, of course, but also Keelhaul, Disengage, and, to some extent, even Rebreather. But both Pillärs and Wallcreeper also bring their own unique stamp to what has become the area's historic mixing of extreme metal sound and hardcore punk ethos.”

The album features three songs from Pillärs and four tunes from Wallcreeper.