Butcher and the Brewer Has One of the Best Bathrooms in America, New Contest Reveals 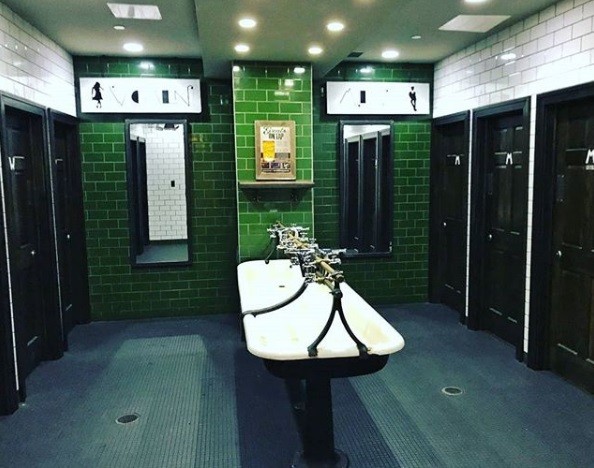 Butcher and the Brewer on East Fourth Street has made the finals of a nationwide best bathroom contest. And anyone who has used the subway-tiled, open-concept restroom probably isn't too shocked.

Cintas — a Cincinnati-based corporation that makes bathroom supplies, among many other items, for North American businesses — is sponsoring the competition that now has only 10 bathrooms left standing. Butcher and the Brewer is the only Midwest business to make the cut.

Here's what impressed Cintas most about the BATB digs:


The atmosphere at Butcher and the Brewer is unique, including its restrooms. The restrooms feature a common entryway. A green subway-tiled accent wall pops against a white communal sink which is centered between private stalls with men's stalls on the right, women on the left.


The final date to vote is Sept. 13. Make your feelings known at bestrestroom.com/us. The winner is set to be announced later this fall.