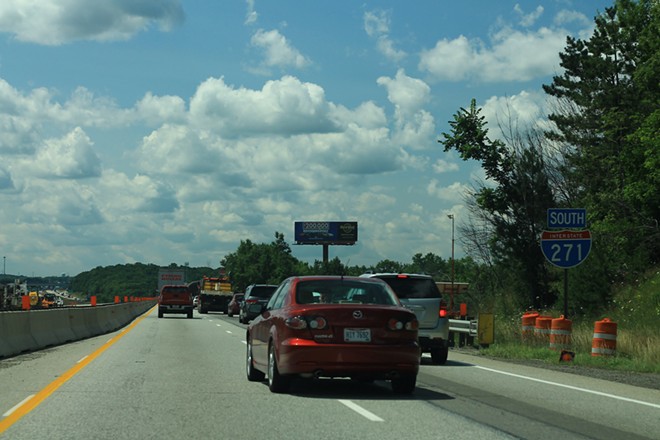 Two months ago, the Fund for Our Economic Future announced a new effort to resolve the spatial mismatch issue in this region. With few restrictions on the growth of sprawl in the Northeast Ohio area, job centers have moved further from the city, making it more difficult for people without cars to access those jobs. The first three winners have been announced, and each one involves a car-based solution.

A large number of suburban jobs pay mid-level wages and can also translate into a careers in the medical, tech and industrial spheres. However, many of the people who live in these suburbs do not work in these areas. Instead they commute, via private automobile, into the city where most of the higher paying jobs still remain. This spatial mismatch is prevalent in regions across the United States and is particularly striking in Northeast Ohio.

Enter The Paradox Prize: the Fund’s contest to finance a number of projects that seek to resolve the spatial mismatch issue. While the prize will include several rounds of funding, the first three winners were recently announced.

Grant funds will be awarded to SHARE, a microtransit agency based in Columbus; Akron Metro, the regional transit agency in neighboring Summit County; and Manufacturing Works, a local nonprofit that serves as a membership association for the manufacturing sector.

Each of the groups will engage in some form of increased automobile-based accessibility. Both SHARE and Manufacturing Works will focus on the East Side Cleveland neighborhoods by offering rides to jobs in ex-urban communities such as Solon and Mentor. Akron Metro will work with partners to offer door-to-door car/shuttle service to outer-ring Summit county communities.

None of these options are multi-modal or bike-based. The $191,000 that will be divided between these recipients will not be invested in existing public infrastructure. If successful, these programs will replace individual car ownership, for a limited amount of time.

Matt Rolf, a local attorney and advocate for transit and pedestrian-related issues, told Scene that he’s been following this project for some time. Rolf told Scene that, in his view, the Fund’s mobility leadership seems to be more interested in ride share and “Ubernomics” rather than other multi-modal solutions. Rolf added that, “From an environmental, economic and equity standpoint, it’s clear that we need to expand protections for pedestrians, cyclists, and public transit infrastructure. Enabling people to get around without a car is one of the biggest challenges that we have and it’s disappointing that these projects focus on getting more people around... in cars.”

It currently takes around 35 minutes to drive from Glenville to Solon. If one were to bike or take public transit, it would be over 100 minutes. A combination of biking and transit that includes increased frequency and more direct travel would likely bring that number way down.

But there’s more to consider here. The regional spatial mismatch issue isn't just about cars — and it’s not even about rides. It’s about a system that reinforces these trends. Unrestricted growth and low-cost land purchases, staggering wages and rising costs that do not allow one to save, human services tied to employment — these issues remain even when a ride share service or church van might offer to drive residents of local communities.

Moreover, if the services do succeed and enable some of the region's poorest families to earn a living wage, the issue of car reliance remains. Cars are expensive to purchase, maintain and fuel. A single car issue could knock an income-constrained family off the path towards savings and security. Multi-modal solutions cut costs for users and create a more sustainable transit ecosystem.

The Paradox Prize will announce two more rounds of funding for additional projects. Perhaps these will include an effort that minimizes the reliance on additional automobiles as the key mechanism for social change.