The Guardian Wants to Know Who Cleveland's 'Champions' Are 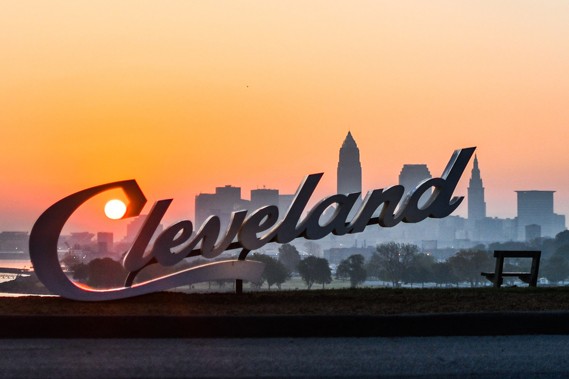 The Guardian, a British newspaper, announced last week that it's launching a project to locate and celebrate the people and organizations transforming American cities — making them "more livable and lovable" places.

Partnering with the For Freedoms civic engagement project and local media outlets, the Guardian's "City Champions" endeavor will ultimately touch down in a number of "former powerhouse" cities where obvious narratives are those of decline.

They're starting in Cleveland.

"We have chosen Cleveland," editor John Mulholland wrote in his introduction, "not because of the myriad issues it faces – infant mortality, lead poisoning, etc – but because of the remarkable number of people working on inspiring projects that show the resilience and determination of those wanting to improve life in the city."

He gives some examples to point potential nominators in the right direction:

"From, say, a restaurant giving ex-felons the skills they need to build a professional life to a project that uses art as a form of activism for the city’s youth; from helping regenerate the city through urban agriculture to empowering people to achieve success through technology, we want to discover and celebrate stories like this... We want to highlight the many innovative, creative – and often radical – ways that ordinary people are dramatically improving the lives of those around them."

The City Champions project will partner with the Plain Dealer. You can nominate Cleveland City Champions here. Looks like they're trying to rack up nominations by Monday, so get on it this weekend if you're so inclined.